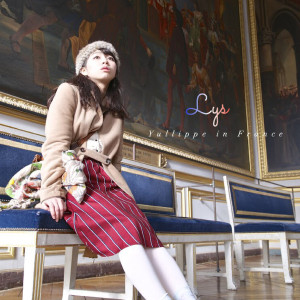 Considering the general cute bend so much electronic music out of Japan right now takes, it’s really nice to have the blackhole sounds of Osaka’s Yullippe around as a counter of sorts. She has been creating industrial-tinged tracks for a while now, releases such as Loop Bell and the song “Black Moon” suffocating listeners with denseness. She has now released a new album called Lys, featuring eight songs total, all of them reminding of the walls crushing down on you, albeit with a few more chances to dance before getting squished. “Black Moon,” fittingly, appears here, though it is far from the most air tight recording — that honor might go to the nearly nine minute “Temple,” a rumbling number full of water drips and rumbles, the sense of dread growing with every second elapsed. Moments of light — or at least joyful escape — do enter, such as on follow-up number “Core,” where the beat is far more active, or on “Miss U” where she adds her voice to the mix, adding a melancholy to the sound. Yet the bulk of Lys — and even these warmer moments — explore heavier, more unsettling territory. And it sticks with you in the best way. Get it here, or listen below.