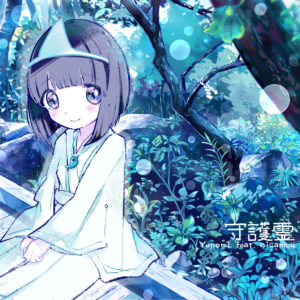 Jumping off of something written the other day, it’s nice to see artists continue to push their sounds into new directions rather than simply abandon them or let outside influence shape it for them. Yunomi boasts one of the more distinct sonic palettes in Japan, a mix of hyperactive EDM-inspired electronics merged with traditional Japanese sounds worthy of basically being an entire idol group’s sonic DNA. “Shugorei” finds the producer diving deeper into the sound, letting the screws loosen a bit up in the verses (listen to how those synths feel a little off, and while he still utilizes a familiar soft-to-loud build, on this number Yunomi lets the corners fray a bit. The main drop buries vocals from long-time-contributer Nicamoq (in top form here) and a late passage glazes her voice in digital effects, over a sparse beat. The changes are small, but significant. Get it here, or listen below.