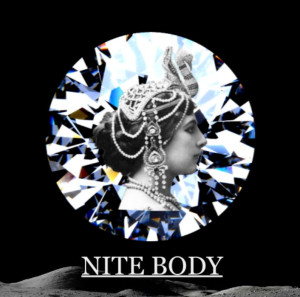 Synth-powered funk has been popular in Japan’s indie scene for — well, potentially since the ’80s ended for all I know, it feels like there are always a few groups embracing the neon-boogie sounds of that decade. It’s a tricky one to do right, as it can turn cheesy fast in the wrong hands. Nite Body, a relatively new project that appears to reside somewhere in the Kansai region, manages to pull it off. Partially, it works because Nite Body keeps everything relatively simplistic at this point in its existence — newest EP Nite Body II consists of two chilled out songs that just glide along, featuring no vocals and just a lot of boogie. Though when vocals do enter the mix, the results are intriguing — Nite Body’s first EP incorporates them, but in a muffled, sad way that makes a collar-tugger titled track like “Moon Bae” sound wistful. And Nite Body’s latest, “City Swim,” is below.