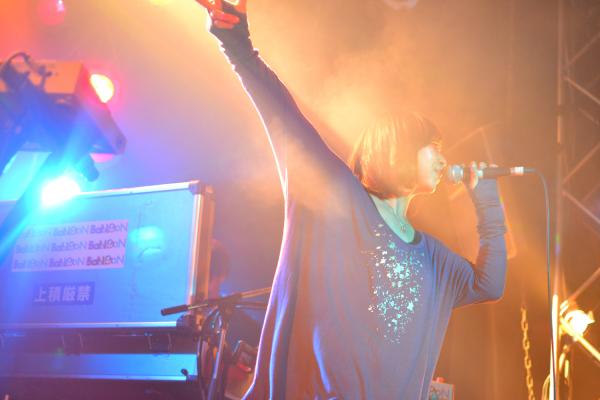 Ambitious move or a bit cocky? Those are the only two options I’m going to accept as to why tech-rock trio Nuxx went and made remixes for songs they haven’t even released officially yet. The group has been relatively quiet since releasing last year’s triumphant debut Sound Ache, only offering up two samples of new songs. Now, they’ve gone and remixed at least one of those. Despite only existing as a demo up to this point, Nuxx give the world an edit of the song “Ring Of Pop,” This take makes the song more electro-house friendly, wiggly synths and big, loud noises combining to make a floor banger without losing the pop sensibility the group pulls off so well. They also offer up an “Edit-the-world” mix of something called “Unlimmiter,” which sound very close to one of the weaker, male-led tracks from Sound Ache run through the “floor-crowding” filter.. Rounding out this pyramid of new/old jams is a remix of Nuxx’s excellent “Journey To The West,” here labeled “Before The Journey.” This re-imagining envisions the perfect electro-pop of the original as a more tradition electronic dance floor, the immediacy of the original cut back for more noise. It’s like having a perfect piece of chocolate cake, and then slicing said dessert up into smaller chunks and covering it in sprinkles. Still tasty, but completely uncalled for. All these songs seems to come off of a self-remix disc out soon. Listen here.