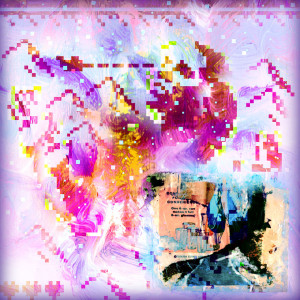 A friend and I had a long talk today about what’s going on in indie Japanese music…well, and J-pop…and came to the conclusion things are pretty strange. Mainstream artists are letting all sorts of ideas into their songs, and the underground seems just as much all over the place. Yet one place we agreed was good at highlighting bubbling artists was the Fogpak series of compilations. And what timing, they just dropped the 15th installment the other day.

The latest Fogpak takes on the theme “game” and…well, maybe it doesn’t offer a handy narrative for where Japanese electronic is right now, but it does spotlight a lot of burgeoning names. A few familiar ones…at least around these parts…pop up, highlighted by Chocoholic’s game-appropriate whirlwind with U.S. artist FoxyPanda “Super FX,” while chiptune producer Gigandect closes out the comp with the sentimental banger “Disconnected,” a sweet end to a set featuring a lot of manic moments before it. A few things can be drawn from Fogpak 15, such as how massive Tomggg’s cuddly pop sound has been on younger producers (see Yuigot’s twinkly “Magic Magic”) while harder-hitting styles still dominate. Shouts out Chanbe’s “Hack & Slash” for seemingly taking cues from Taquwami’s Moyas EP for one of this Fogpak’s most intriguing cuts, while Tobato slashes up a Perfume song on his contribution. As ever, the real thrill with this collection is jumping in and finding your favorite. Get it here, or listen below.