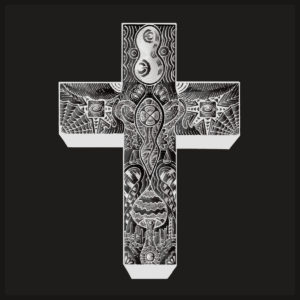 Turns out we still have some late 2018 music to catch up with. Producer Tonbo’s Visions embraces techno and house elements, but with the edges frayed. This isn’t some massive innovation or anything, but at its best this short release offers up some of the more disorienting electronic moments we’ve heard in recent memory. In particular, whenever Tonbo lets vocals — sing-speak or straight rapped — sneak in, the songs start to get a little wonkier. That’s especially true on “Smokers Forest,” the stand-out track, which swirls around for nearly seven minutes, going absolutely bonkers when the warped rapping comes in and turns it delirious. Get it here, or listen below.