MFP. Photo by the author.

I’m moving to Tokyo in April. This decision came together thanks to a dominoes-line chain of events – looming unemployment, original housing plans suddenly up in smoke, convenient apartment options popping up at just the same time. It also came about within the span of a week, scrambling up the part of my mind that can sit down and think out a pros-and-cons list and instead forcing my brain to make a rapid-fire checklist. Good location? Check. Cheaper rent? Check. An actual kitchen? Check check check as my eyes look at the burn marks from a recent effort at making fried chicken.

So I spun my plans around and am now looking at moving company websites. Yet with this decision now cemented, my surroundings have now become sentimental landmarks doomed to become mental dust. Every class I teach is one less before I’m gone and this school becomes just another note. I visit my old home of two years every weekend now, fitting in time with good friends and playing basketball with a mix of schoolchildren and college students before I have to say goodbye. I’ve eaten at my favorite Osaka burrito restaurant three times in the last week alone.

I’m also going to miss witnessing the growth of Kansai’s music scene, especially the electronic music scene that has bloomed over the past year. INNIT, an event aimed at gathering electronic music makers from all around the region, held their fifth incarnation this past Saturday and this edition felt special, a step forward for a young scene. Whereas past parties drew moderate crowds, the fifth INNIT packed up the small interior of the basement-like Nuooh. Back in November, getting to the bathroom situated in the back corner of the venue was simple. Saturday night, though, featured gridlock as folks lined up to buy drinks, looked at array of CDs on sale and listened to CD-Rs folks brought to try and grab the attention of the folks in charge. Long-running electronic producer Daisuke Tanabe, who has had a heavy influence on INNIT, played the event and even gave a special lecture before the live portion started. It felt like he was giving his approval to all those in INNIT as they took their next steps forward. 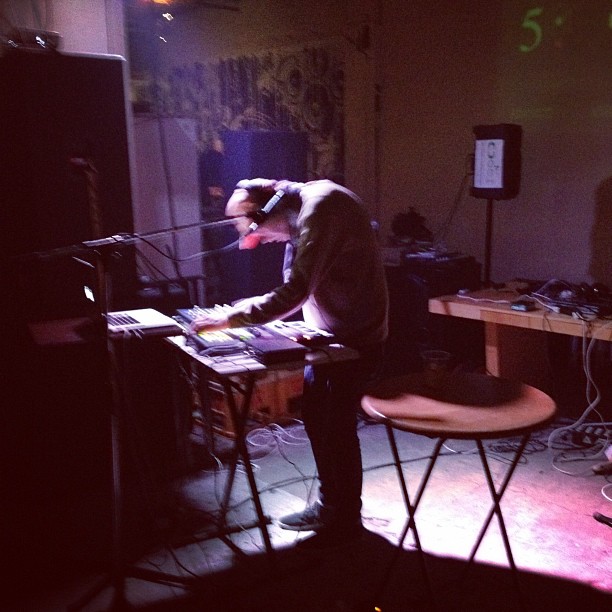 Magical Mistakes. Photo by the author.

Despite bringing artists from all over the area together, INNIT doesn’t have a defined sound. Rather, each music maker brings their own style to the party, creating a little musical universe valuing individual creativity over anything else. Kyushu-based Magical Mistakes, for example, plays the headiest stuff within INNIT, music often seeking to recreate the movement of nature or incorporating samples of the outside world alongside electronic beats. He sounds nothing like Madegg, a Kyoto student still in his teens, who creates space-ier fare, jazzy touches and unorthodox percussion (sometimes it sounds like clanging spoons) floating in some far-off nebula. Yet both fit in comfortably in this young scene, the pair creating forward-thinking electronic music.

The fifth INNIT party featured some new nooks to their ever-expanding sonic galaxy. A guy named Tomato Soup served as DJ before the show started and, in the biggest musical departure up to this point for the event, featured a singer named Mei who sang over thumping beats while two dancers joined her. Finally, Daisuke Tanabe played a special guest set, seamlessly stepping into the INNIT universe. 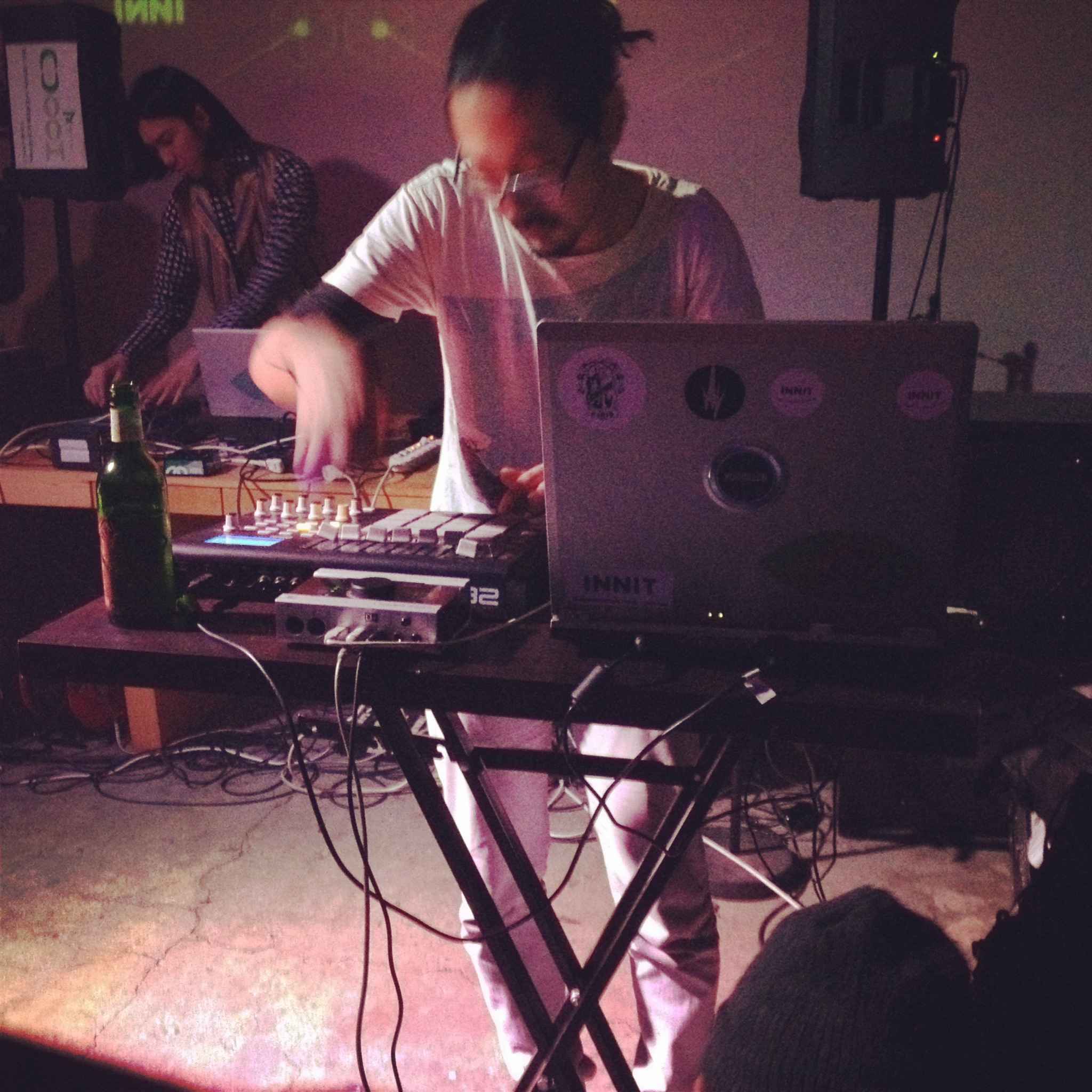 Yet the most exciting stuff flowed from the artists who have part of the event for a long time now. Seiho played buffed up versions of tracks from his recently released Mercury, the most exhilarating album in Japan so far in 2012. Following him was And Vice Versa, who has his own release forthcoming on Seiho’s label Day Tripper Records, and who on Saturday delivered a thumping and colorful set that raised my personal interest in his album substantially, his music (which sometimes seems like some of the more straightforward within INNIT) injected with extra oomph and energy.

The best acts Saturday, though, were pure Technicolor wonder. Avec Avec, playing his first official INNIT party and recently signed to American imprint Mush Records, sounded like melting Saturday morning cartoons. He played all three tracks from last year’s Plastic Soul EP and they predictably banged, and those tracks were greeted with Ric-Flair-like woos of familiarity. Yet it was his new material that floored me the most – it’s built around the same Cornelius-like collage of sound meets Lifesaver-colored synths, yet these songs hit even harder while retaining a pop edge. The crowd went bonkers for this stuff.

Closing out the night was MFP, and his set stood as the other highlight. MFP – also with a new album on the way – takes the most inspiration from hip-hop producers like the late great J. Dilla (he honored him, one night after the sixth anniversary of his death, by closing the night out by spinning the Donuts’ track “Bye”). Yet he also dashes in huge, bright synths over his beats, giving his music the feel of coming from the most sensuous video game ever made. His closing set ended the night on an energetic, triumphant note.

I might be packing my bags soon and leaving the region, but I am lucky to have seen what felt like a particularly important event for this growing community. People who I normally only see hanging out at indie-rock leaning concerts, the type who count Hotel Mexico and Teen Runnings as top acts, showed up at this event, two music communities overlapping. Plenty of people I’ve never seen also showed up, making this in my estimation the most popular INNIT yet. Just as important, though, is that the music keeps evolving too, the artists playing that night continuing to create something that stands out in Japan. Up until now, it seemed pretty easy to compare INNIT to fellow forward thinkers Brainfeeder, the LA label run by Flying Lotus. Now, though, that comparison seems silly…INNIT is making music that sounds like INNIT.