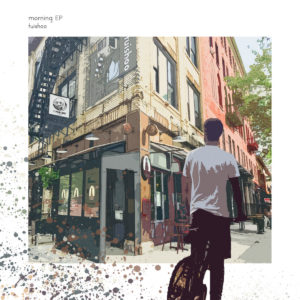 Fuishoo is a producer benefitting from the current status of netlabels in Japan. While this corner of Japanese music doesn’t feel quite as thrilling as it once did — mostly as the bigger players grow and become different entities (or focus on different projects entirely — 2018 has seen a greater emphasis on nurturing young artists. That has always been important to the netlabel community, but Fuishoo is one person who has benefitted from both Trekkie Trax’s new :branch project and now Omoide Label’s continued zooming-in on blossoming talent. Morning is a buzzing set of dance numbers, the single best element being their approach to vocals. Opener “ADFFG-2B” features these smudged electronic voices that eventually burst into squiggly synth lines, while the garage bump of “Eat Banana Cookies” pulls off a similarly rippled effect when singing enters the blurry picture. Every song builds on some sort of existing sound prevalent in the Japanese electronic community (see the “kawaii-bass” slap of “Butterfly Steps,” so familiar but so not) but reveals a new perspective on it. Get it here, or listen below.