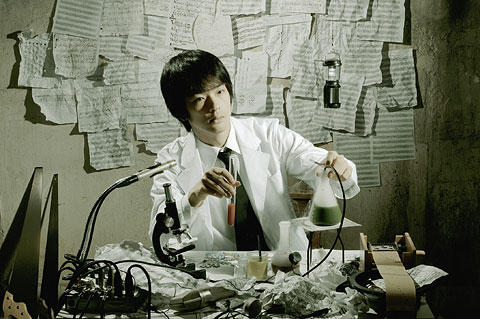 I knew pop-bending genius Shugo Tokumaru would release a new album in 2010. It says so on his MySpace page, right near the top. But WHEN in 2010, and little details like the name of the album and the tracklising remained shrouded in mystery. Well, surprise surprise, I buy the newest issue of Snoozer magazine today and featured prominently on the back page? An ad for Tokumaru’s new release Port Entropy, out now in stores. Nobody reported on this! Whatever, go buy the album right now and go here to see the song selection. I’m off to Tower Records!