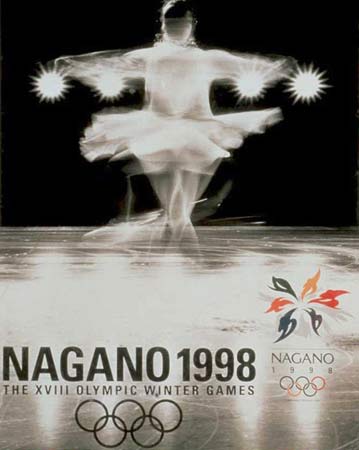 AKB48 “桜の栞” – Rejoice rejoice! We’re only a few figure skating finals away from Winter being over with. That means warmth! And flowers! And, in Japan, cherry blossom season. Which also means it’s time for Japanese artists to release songs about the country’s prettiest part of the calendar year. The small mercenary army of AKB48 enter the arena with this, a nearly A capella single that would sound right at home during a school graduation ceremony (guess what else is coming up soon in Japan…). Save for a few piano keys, this song focuses on the vocal abilities of the big group. It’s pleasant enough though a far cry from being truly captivating. Still, a big improvement over “River.” That’s like the bronze medal in my book.

(Note on the video: skip ahead to the two minute mark to get the song. Otherwise, you can watch AKB48 put on clothes and talk.)

Ai Otsuka “LUCKY☆STAR” – The Internet tells me this song serves as the theme song for Fuji TV’s coverage of the Olympics. I’ve only watched on NHK so I can’t verify this. Ai Otsuka’s song exceeds the expectations usually given to glorified jingles, as “Lucky Star” (sorry pointless star) is a very enjoyable slice of J-Pop. There is a lot going on in this song – tons of electro noises, record scratches, a mini-rap breakdown – but Otsuka’s voice threads everything together into a very shiny piece of pop. Beats whatever NBC cobbled together, I’m sure.

近藤真彦 “心 ざんばら” – Can’t find this one online. Whooops. The dude’s part of Jonny’s Entertainment though, so I think you can guess what this sounds like.

湘南乃風 “ガチ桜” – You know what’s worse than a J-Pop ballad? A J-Rap ballad, that’s what. Imagine all the over-the-top instrumentation and forced emotional crooning…joined by some sick raps! Funky Monkey Baby’s do this sometimes and it’s shit, but not nearly as putrid as what this song manages to accomplish. Opening with some schmaltzy strings and that “star wipe” sound effect that manages to find it’s way into nearly every J-Ballad, some typical ballad singing leads into…yikes. If you’ve ever wondered “where did Bobcat” Goldthwait go,” this song answers that question: a Japanese rapper ate him. But wait, this song has even more surprises! The group raps over the fakest-ass reggae beat imaginable. It’s as legit as a pouch of Capri Sun. The type of “reggae music” they play in a Spencer’s Gifts near the shelf with all the weed ashtrays. 湘南乃 manages to embarrass hip-hop, reggae and even the J-Pop ballad with this stinker. And it lasts like six minutes! I’ll give the group credit for fitting every terrible trend in mainstream Japanese music into one stupid long single. I just won’t listen to it ever again.

Tokyo Jihen “勝ち戦” – Big ups to Tokyo Jihen for doing this single entirely in English, allowing me to understand what’s going on. And it’s pretty good English at that. Lead singer Shiina Ringo elevates “勝ち戦” from “so-so rock throwback” to “whoa, that was pretty good.” Her voice slinks along in the verses, occasionally trailing off or taking a detour into higher pitched places. On the chorus, though, she’s all business: she takes on the voice of a commanding diva who knows she owns the song she’s currently towering over. It’s not as good as the group’s last Music Station single, but this one definitely has charm. Also of note: this song carries a Beck circa Midnight Vultures vibe to it. That earns some points.

BoA “まもりたい ～White Wishes～” – BoA is kinda a big deal. Real name Boa Kwon, she’s one of Korea’s most successful pop singers and has had pretty substantial success outside of her home country. Japan loves her – she’s the only non-Japanese Asian to have two albums sell at least a million copies. She even released an album in America. So she has a new single out for her latest Japanese album and predictably it sold well, plopping down at #2 on Oricon. How does it sound? Pretty much what you’d expect from any pop diva, regardless of geographical origin. It’s a hybrid R&B/pop joint tricked out to include all sorts of Timbaland-era flourishes (club-worthy squeaks, hip-hopish beat) against sentimental strings and BoA’s strong singing voice. It features all the ingredients found in many of the Ought’s chart-topping pop hits, but doesn’t do anything particularly fresh with them either. All in all, a decent-enough pop hit.

Best Of The Week – Lets continue with this labored Olympic theme and go to the Music Station podium for the medal ceremony.