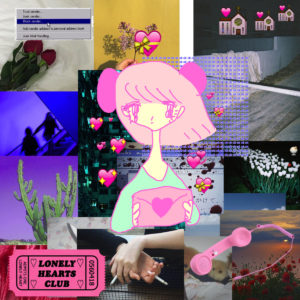 I’m probably not alone in often being overwhelmed by the pace that the internet — which, at least for someone like myself (though I’m guessing if you are here, we are similar types), might as well be life — moves. This applies to everything basically (and dear god, in an election year) (update from original draft, initially written in like October: lolz how much shittier did this get???) but music seems particularly negatively impacted by this speed. Again, not a new complaint — I feel every music writer and plenty of music fans are just burned out on the hype cycles that accompany every corporate-backed mega release — but worse off than your Twitter feed are the releases doing genuinely interesting things you (read: me) wish you could spend time with. Recently, that has been Fuji Chao’s albums Tanoshi Bunretsusyou and Shin Syougai Museum, two of the most striking things I’ve heard out of Japan all year. (And, since writing this paragraph, she’s shared two more EPs).

“19 years old *sigh*” is about as direct an intro you need. This is nervous, jittery bedroom electro, the sort of music you could safely tag as “pomecore” due to its speak-sing delivery, but which features far too interesting a sonic backdrop to lump into that category. Her voice sometimes gets caught in a loop (“Bounce Love Suki Noise”), and she’s not afraid to emote fiercely (confused and questioning on “Kanashi Onanoko,” imitating crying on “Shoujo”). The music itself on Tanoshi Bunretsusyou, leans toward the sampled and looped, simple backdrops for Fuji Chao to unload over, from jittery electro (“Remember Summer”) and sparse crashing sounds (“In My Room”). It’s a set that blindsided me in the backend of the year, and you can expect more on it soon. Get it here, or listen below.

Shin Syougai Museum came a bit after, and features a few repeat numbers alongside Fuji Chao experimenting more directly with sounds, whether creating a diorama-sized version of EDM on “Nice” or channel-hopping adventures on the slick-guitar-featuring “Tokeru.” It’s full of great beats and half-songs, but compared to the raw but cohesive Tanoshi Bunretsusyou this one is a bit more scattershot, a collection of good ideas waiting to transform. Get it here. Same goes for the recently released Sayonara Record EPs, two collections gathering songs she made in high school. One and two here.