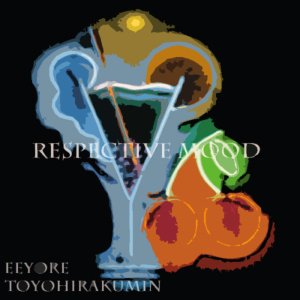 To talk about vaporwave in 2015 is ridiculous, mostly for all the same reasons it was in 2013 with the added bonus of whatever scene sprung up around this late-capitalism-baiting sample music is treading water at this point. Yet I’ll admit to still having an interest in the stuff, in particular the stuff Japanese artists create. That’s partially because Japanese creators tend to not be as worried about hype cycles as American makers (possibly because they know nobody is watching), hence no shortage of bands proudly describing themselves as “chillwave” and digging deeper into the styles.

It’s also because of how much of the music tagged vaporwave played around with Japanese imagery — highlighted clearest by song titles being strings of kanji characters. So what do artists who are actually from Japan do within a genre built around its perceived foreign-ness? Well, idol group Especia happily claimed the imagery and title “vaporwave idols” to reach a whole new crowd, while Sugar’s Campaign connect the dots on their newest album and play with the style in connection to ’80s City Pop. Toyohirakumin has been a bit more traditional about — samples turned NyQuil slow — but his work, like the best vaporwave, doubles as more than just “I YouTube ’80s commercials for Toshiba.” A real emotion emerges.

For his latest release on Japanese imprint Chilodisc, he’s teamed up with vaporwave project Eeyore (yes, named after Winnie the Pooh’s sad friend) for Respective Mood, which acknowledges that both artists are trying to make mood music. Weirdly enough, the pair acknowledging that they are not trying to comment on anything (an edge most Japanese vaporwave has had) but just make something that creates a specific mood comes on their most vaporwave-y release yet. The songs here range from Weather Channel smooth jazz guitar (“Punch Drunk Love”) to slowed-down R&B (“Feel So Good”). And it manages to be a solid listen, basically a very laid-back beat tape. It’s a bit unambitious for Toyohirakumin — check Into The Wild — but as far as mood-making music, it works, and as someone listening to it in a chain coffee shop in downtown Shibuya, it works wonders in this environment. Listen below or get it here.