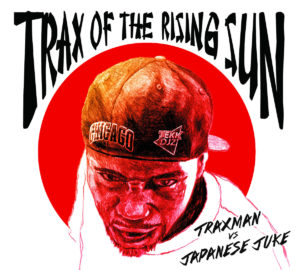 Prolific Chicago juke producer Traxman was one of the most influential figures in inspiring Japan’s own juke scene, having toured the country early on and appearing on releases by artists such as Paisley Parks. An even larger meeting makes sense then, and Trax Of The Rising Sun – Traxman Vs Japanese Juke delivers. It can be looked at as really two albums, the first half being a dusty, skittery set of new Traxman songs, and the back end being a collection of Japanese producers reworking said songs into new forms, from Foodman’s airy take on “Trax Got Bangz” to Boogie Mann’s lithe interpretation of “Blowin In Tha Wind.” Get it here, or listen below.