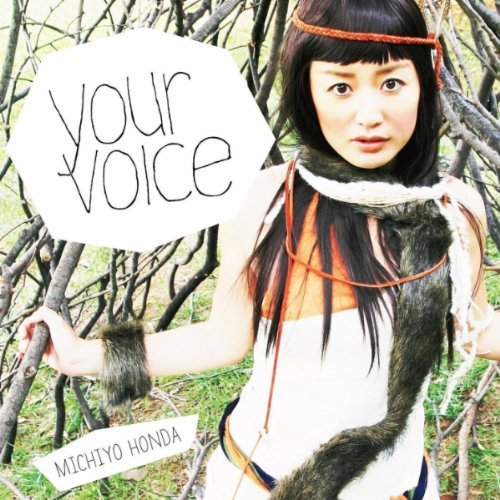 People always share the goofy, potentially fabricated dreams they had the night before, the ones where they hook-up with a Harry Potter character or team up with friends to fend off zombies using water balloons. These fantasies might wander off into bizarre directions (“we were flying World War I bi-planes with our dorm president…and then we decided to bake a quiche!”) yet they tend to include a surprisingly writer-ly narrative that often ends with “then I woke up” as if the subconscious has writer’s block. Less talked about over next-day lunch are the more sinister dreams – not nightmares per se, but more like a pedestrian Inception, where the line between reality and nocturnal thoughts blur together. You wake up thinking “wait, wasn’t I just up?” and then sorta go about your day. This dream talk probably doesn’t fly over pancakes. Michiyo Honda wants to share one with you in “Your Voice.”

Leading in with Alice’s Adventures In Wonderland bops, Honda sing skips ahead innocently, her cutesy pitch bringing to mind Deerhoof’s Satomi Matsuzaki. Yet just like that art-rock vocalist, Honda’s wind-chime singing hides some pain – she snaps out of a dream, “wake up to your voice/the sound I love.” The music skips ahead as Honda grows more confused, eventually ending up in space where she flies off. A series of synths you’d expect from a Dam-Funk groove slither in alongside some bongos and it feels like we’re floating with her. Then – everything kicks in, and the border between reality-dream fuzzes even more. The beat kicks up as Honda wonders “must I be awake?” before the big reveal – “I’m still in love.” Deeper into space we float, as “Your Voice” enters one final push. It all ends with Honda’s vocals sinking deeper and slower into the ether…sorta resembling that “dream within a dream” noise deal from Inception but even I admit that’s stretch…and eyes shut again. As a pure pop song, “Your Voice” boasts great development and plenty to bop along to, but it’s the strange way the song swirls around that makes it truly something to get lost in. Buy the single here.