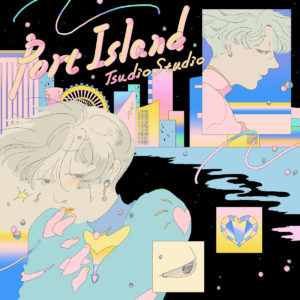 A surefire way to grab this blog’s attention is to take familiar retro ideas — say, anything inspired by (or straight samples) from city pop — and put a new spin on it. Kobe’s Tsudio Studio does just that with the harbor-cruise-paced Port Island, one which embraces the slower side of the style to come up with something closer to what Hiroshi Sato might have actually thought up. The tracks here take their time going anywhere, and on numbers such as “Mikage” they let filtered vocals and cruise ship percussion marinate, creating melancholy trips that often burst open thanks to timely saxophone solos. Opener “Tor” balances out tropical woodwinds with fluttery synth lines that give the whole song the feeling of a mirage, while “Azur” reduces everything to syrup, at least until the song progresses to a point where Tsudio Studio can let the pace rev up again. This whole album is an experiment in actually embracing the breezy rather than just stripping pieces off of what was once breezy to make a meme. And the end result is chill and frequently world weary. Get it here, or listen below.