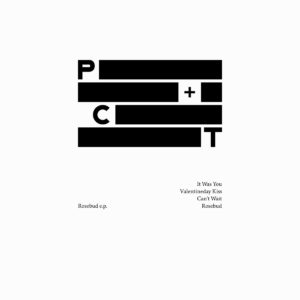 One of the most pivotal releases to come out of the Japanese juke scene — primarily in terms of exposing new ears to that world (it’s the one I first really remember getting a lot of people talking about Japanese juke) — was Kool Switch Works Witchcraft compilation back in 2012, a set of juke tunes highlighting the unique perspective many of the nation’s producers brought to the table. Kool Switch Works routinely released solid albums in the next two years, but went quiet sometime in 2014. Plenty others kept the torch blazing, but still — it’s nice to see Kool Switch Works back after a two year period of them, well, not being around. Their return comes via Poncho + Casino Tart, two members from Osaka left-field juke group Satanicpornocultshop who also happened to appear on the aforementioned comp. They haven’t missed a step — Rosebud goes from the neon-tinged hop of “It Was You” to the smooth skittering of “Valentineday Kiss.” All four tracks lean towards the bright and electronic — samples pop up, but always get backed by synths, while highlight “Can’t Wait” goes almost completely on squiggly keyboard notes. Get it here, or listen below.

← New Lulu: “Bouquet”
Late Showers: I Am Not Rainy Girl →