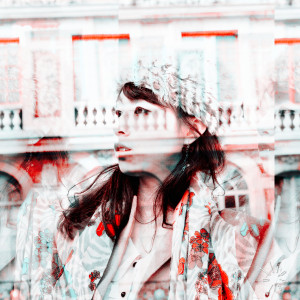 Osaka’s electronic music community has produced a lot of different sounds — wonky, funky, house-leaning, hard-hitting, abstract. But I’m not really sure anyone in the last few years has really sounded particularly menacing. Well, producer Yullippe is here with the rumbling, intimidating Loop Bell set. She’s (and this is important, given how male-centric Osaka’s electronic community can get) been kicking around the Kansai region for a few years now…she’s released one full-length album, and last Fall, she joined Tofubeats and Seiho at Red Bull Music Academy’s Lost In Karaoke Event in one room…and Loop Bell is a great introduction to her sound. The music she creates throbs forward, inspired by industrial styles, lending songs such as the title track a chilly and suffocating feeling. Yet she adds the slightest touch of warmth by singing over “Loop Bell,” although it ultimately sounds like she’s trying to rise above a quickly closing room. Instrumental number “Book” offers less glances of light and more oxygen-depleting synths. Get it here, or listen below.