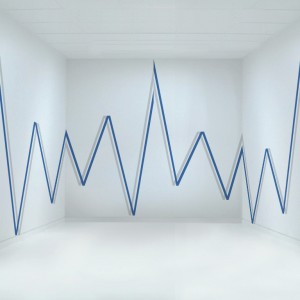 CUZ ME PAIN projects Faron Square and :visited are no loner around making woozy dance music, but pivotal-member-in-the-prior-and-uhhh-the-whole-project-of-the-latter Yyoke has a new project under the Tokyo label’s umbrella. White Wear has been kicking around, mostly making remixes, since last year, but now he’s got his first EP out. Called A Black From White Space, the three-song release finds Yyoke operating in a style somewhat similar to his work as :visited – two of the three songs here boast a dance-friendly beat, but the surrounding electronics sound faded, borderline dreamy stuff. Vocals find a way into “Clear City” and the title track, but they are obscured, blurred to the back of the song and turned to a ghostly detail…a CUZ ME PAIN staple. The one curveball…and the most intriguing song on the EP…is the opening track Black Dawn. It barely features a beat and is more of an atmospheric track than anything danceable. It’s unexpected from Yyoke’s camp, and it’s an alluring entryway into a solid EP. Get it here.