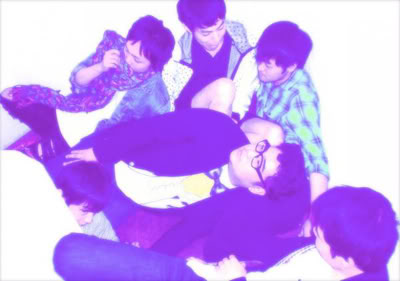 Hotel Mexico have teamed up with Diesel to…wait a sec, Diesel? The people who make jeans and goofy belts? I’ll bite my tongue and repeat the mantra “this is good for indie rock, this is good for indie rock” as I inform you Kyoto’s most well-known chillwavers have made new song “Dear Les Friends” available for download over at this Diesel music spin-off site. Stream the song or make it yours…but only for the next seven days according to the band’s Twitter. Maybe you’ll see a nice top where you are over there.

As predicted, “Dear Les Friends” sounds a whole lot like Ariel Pink’s “Bright Lit Blue Skies.” Just listen to it, then give Hotel Mexico’s newest creation another whirl. To be fair, Hotel Mexico have always sorta sounded vaguely familiar to Pink and his Haunted Graffiti so this isn’t a huge shock. The group wrap the whole bouncy number in…yeah, I’m gonna go with the cliche…a haze that makes the typically obscured vocals even more mysterious. The biggest difference between this jam and Pink’s? Length – “Dear Les Friends” runs nearly twice as long, and those extra two minutes don’t really go anywhere. A late section teases at something via the music coming to crawl and sorta just hanging there, but the band just dive back into the original thrust, riding that to the end of the song. It’s a nice little rush of a song, but probably one of the lesser tracks (not to mention the one giving into the most chillwave stereotypes) they’ve released. If you’re new to Hotel Mexico, give last year’s…and recently reissued!…His Jewelled Letter Box a spin because it takes this whole “glo-fi” thing in much more interesting places. Though that requires money, whereas this just demands a few minutes at the Diesel website. Get the song here.