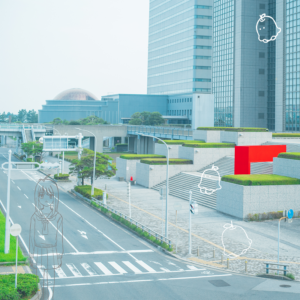 Netlabel artists moving a little bit away from the wild Web-oriented styles of the late 2000s and embracing more familiar formats — often with vocalist alongside them — isn’t a 2018 development, but it feels more prevalent this year. Yuigot is the latest to give this team-up a try, working with singer Seana under the name Applekid (they even made their own concept character!). Plena finds the music smoothed out every so slightly, leaving enough room for Seana to deliver her vocals with plenty of aplomb. “Cityscape” fizzes, burbles and at one point makes a major tempo change, but it also never feels too overwhelming, everything kept in just enough check to construct a pop song. “Echo” plays it even straighter, though for anyone craving something a bit more 2009, “Marble” comes through with a follow-the-bouncing-bal speed and a rush of syllables sprayed out over it. Get it here.