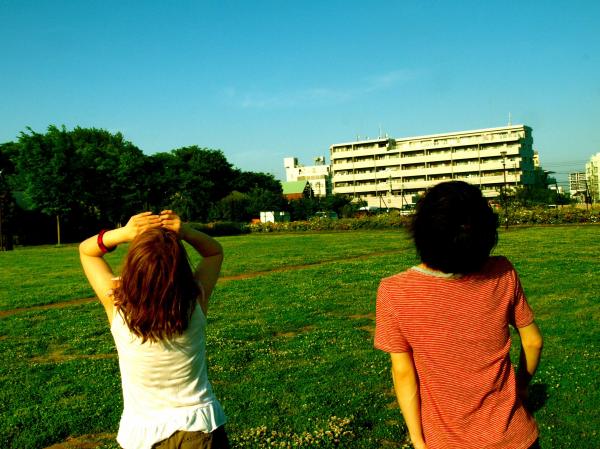 Appropriately enough, the band Highered-Girl host a music night in Tokyo called “You! Me! Dancing!” It’s a nice little gesture from a group who seem to have taken a lot of notes from not only Los Campesinos!, but also that very song. That sounds like some borderline derivative smack talk…and given how many bands in Japan actively try to sound like talent-show imitations of that manic crew, wouldn’t be shocking…but Highered-Girl manage to be more than just another “shouty” indie-pop band. The track “不確かな僕” certainly features moments of “You! Me! Dancing!” imitation, but mostly just uses that track as a jumping off point – it goes through all sorts of segments, from relatively soft pop to nearing a metal chug. It’s frenzied, but not in a forced “listen to me yelp!” kinda way, but rather well thought out. Listen to it, and more, here.