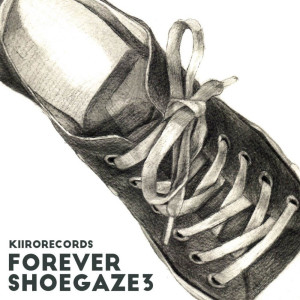 Genres of music never vanish completely, they just go to the shadows until someone makes them “cool” again. So, it isn’t like shoegaze turned into vapor until Diiv came along and got all swirly in the U.S. That said, shoegaze thrives in Japan, maybe not at a hugely mainstream level, but step down to the indie layer and WHOA BOY you can’t throw a stone in Tokyo without hitting someone who probably has several suitcases of effects pedals in their bedroom. Forever Shoegaze3 is the third compilation in a series celebrating shoegaze bands both domestic and foreign, a solid set of layered rock that will both satisfy your craving for the style while also making you wonder maybe why you don’t just listen to Ride on your preferred streaming service. Their are some nice switch ups…LA outfit Slime Girls add some 8-bit notes to the fray, the end result one of the sweetest numbers here, while Osaka’s The Somedays get pretty direct on their “Yellow (Is The Feedback Sound).” Overall, this set serves to fill the shoegaze fix you need. Get it here, or listen below.