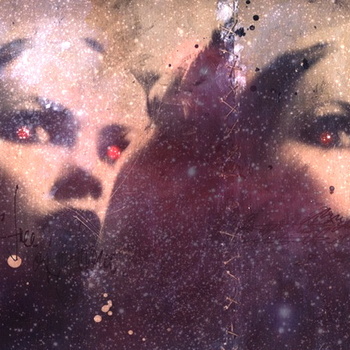 I wouldn’t blame you if your first reaction to hearing the music of Sapphire Slows was rushing over to the CUZ ME PAIN web page and trying to guess which artist decided they needed another identity to record bedroom music under. Though it wouldn’t be an easy guessing game – this stuff jumps between the greyscale dreaminess of Jesse Ruins, the limb-moving stuff Faron Square puts out and the general all-over-the-place-ness of AAPS. Hey, a Sapphire Slows’ jam even appears on the CUZ ME PAIN mix at the end of this Japan Times article you’ve probably seen around these parts too much already.

Given the limited information about her floating around the Internet, though, it sounds like this Tokyo artist exists outside of the CUZ ME PAIN-verse. Whether she’s been making this stuff for a while or sorta got inspired by what the folks on that label started putting out, we don’t know at the moment – all we’ve got is her music, and she does this style very well. Like the best PAIN songs, Slows never falls for genre trappings, rather blending semi-creepy atmosphere with a dance producer’s ear. “Animal Dreams” balances out distant vocal cries with some slick bass and a general hip-moveablitiy that reminds me of Nosaj Thing soundtracking a haunted house. “You Got True Breath” up that a bit, working in some subtle 8-bit bloops into a slowly-revealed jam. Thus far in her young career, her standout is “Green Flash Mob,” a track which toes the line between unsettling and groove-able as well as anything on CUZ ME PAIN. Here, the dance elements and more blog-friendly touches aren’t quite as clear to tell apart, both melding together into one shudder-inducing but charming blob of music. It would be fun enough just seeing this style starting to spread across Tokyo, but it’s even better to hear someone like Sapphire Slows do it so well. Go here to listen to her music.