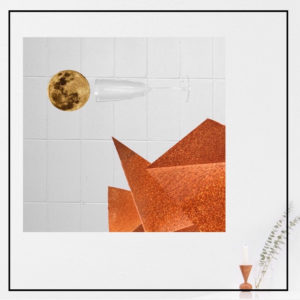 I’ve said it before, and I’ll say it again: elevating simple beat music to something that can stand on its own isn’t easy, but doable. Producer Parmot manages it with this two-song release, a slightly fuzzy offering in the same avenue as the dizzying sample-twisters that ΔKTR specializes in. “If U R Near” takes squiggly synth-melodies and a jazzy beat to create something that isn’t quite laid-back, but approaches it, with some slight disorienting touches adding the slightest — like, barely grazing — tension to the song. “Throbe” does it one better, letting the faded atmosphere come through more clearly and give an out-of-time feel to what easily could have been sonic wallpaper. But in Parmot’s hands, it ends up being something to sink into. Get it here, or listen below.