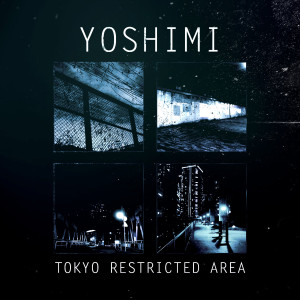 Now has never been a better time to see the positive side of Tokyo. The city’s tourism sector — like the rest of the nation’s — is booming, and thanks to YouTube channels helmed by upbeat vloggers, anyone can take a digital dip into the city and see all of the bright sides to life here.

Musician Yoshimi Hishida will not be your go-to for such traveler-friendly imagery. He’s been working in the music industry here for quite some time, scoring movies and working with an industrial-tinged J-pop act from a few years ago named Esie. He’s also been sharing “Japanese trap” over at his SoundCloud, mixing crisp percussion with crushing electronics and traditional Japanese instruments. Tokyo Restricted Area, out via Dream Catalogue*, offers a great — albeit crushing and at times suffocating, as Yoshimi probably wants given this is his portrayal of the lesser seen side of Tokyo — intro to this sound. The 13 songs here unfold slowly, loaded up with hard-hitting beats and synthesizers, with shamisen, far-off enka voices and more traditional Japanese sounds drifting by, like ghosts pushed out by today. It isn’t the most welcoming sonic portrayal of the capital…but certainly one of the most hypnotic. Get it here, or listen below.

*Over at the Make Believe Mailer, I wrote an installment all about Dream Catalogue and their use of “Japan” tags on Bandcamp. It got a pretty decent reaction, and Hong Kong Express at Dream Catalogue e-mailed me about it and took down the tags in question (though hey, for this release, they are accurate!). So that’s a little extra backstory here.