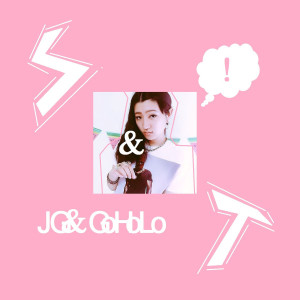 Part two, which was actually written before part one, here

Japanese hip-hop music that get media attention tends to either embrace stereotypes to an almost comical degree (Kohh) or radically different enough to just barely receive the rap designation (Charisma.com, Suiyoubi No Campanella). That’s a broad view of things, though, only focusing on what tends to catch the eyes of domestic media and a few hungry international publications (or blogs!). But as is always the case, there is a rich middle full of different shades, none of which is easily corralled into one place.

Nagoya producer J Gryphin and Ibaraki rapper GoHoLo serve up one of those wonderful meeting places between over-the-top and out there with “S&T.” The production features a lot of familiar touches — the sort of percussion found in trap, hip-hop “heys!,” gunshot samples — but it is set against relatively cuddly keyboard notes, the sort I’d expect from Yoshino Yoshikawa, topped off by zippy helium-voices. GoHoLo’s rhymes deal with a dilemma that could work in a Harajuku context…what color clothes to wear…except she’s focused on underwear for a date. It features a fantastic hook, and eventually breaks into a Jersey Club bopper (bed squeaks!). It’s a fantastic combination of ideas, never falling into just one category, but a wonderful mix of sounds. Get it here, or listen below.