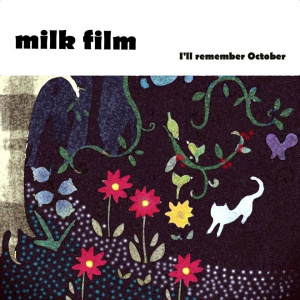 It was a pretty good month, I wouldn’t blame them.

Milk Film is an indie-pop trio from Tokyo who have been kicking around for a bit, and who have just released a new album called I’ll Remember October. Right now, you can download a two-song single for free or pay 700 yen for the full eight-song set, which is a nice middle ground between a smaller band giving everything away for free and putting off potential listeners with a price tag. And the latter seems more attractive after listening to the samples pair, highlighted by the bouncy, nostalgic “Old Bookshop Named Saturdays,” which delivers a sweet chorus that makes the always-risky name-the-days-of-the-week lyrical approach work. Listen to those two below, and get the whole album here.