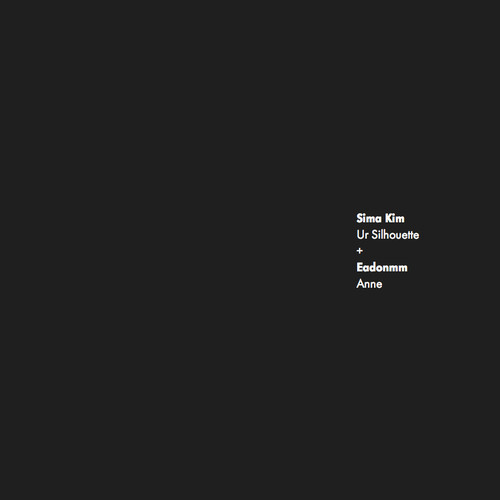 Kyoto’s most shadowy producer, Eadonmm, is having a good year. He’s released one of the best albums out of Japan so far this year with Aqonis, which you can read my review for here. Now, he’s revisiting his past by re-releasing his cassette-only collection Anne as part of a split with South Korean producer Sima Kim. That 2012 collection was one of the first moments where Eadonmm really wowed us, highlighted by the unsettling title track, which fit in ghostly wisps of vocal samples over a sparse sonic backdrop. He would go on to take this sonic formula to even darker places on his first full-length, but listening to “Anne” (and the other songs filling out the tape) today offers a glimpse at Aqonis in pupa state. And it is just as goosebumpy as it was then. Listen to “Anne” below.

Sima Kim’s side…at least based on the previews…sounds worth your time too. It dwells in the same sinister space as Eadonmm, and in a few instances boast more centerstaged voices (and rappers!). Listen to a preview below.