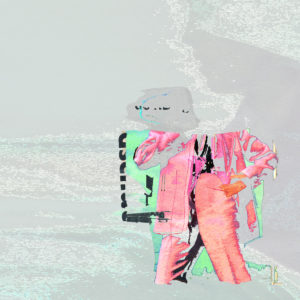 Always a good month when a new Fogpak compilation emerges, bringing with it a handful of budding trackmakers from Japan and beyond. The 19th edition emerged on Bandcamp tonight, boasting the theme of “reverse” and featuring an ever-shrinking tracklist. The latter fact, though, isn’t a bad thing, as a tighter run gives this edition of the long-running compilation series an album-like feel…helped on by how nearly every song here operates in a softer (or, at least not hard-hitting) way. Ultimately, the theme feels more like a reference to the past…i.e. nostalgia or melancholy…with the songs more reflective and spacious.

As is always the case with Fogpak, the best way to go is dive in and find your favorites. The familiar names deliver for me — Loopcoda continues a hot streak with his fizzy number here, featuring some twisted vocal samples that give it a disorienting feeling. Chanbe, meanwhile, offers up a lithe bouncer on “Evil,” while nay closes out the album with the acoustic whirring of “Re-birth,” serving as a nice bookend to American artist Middle School’s “I Slept Through The Snow.” New names, meanwhile? Fire Emoji comes cloaked in relative mystery — also, that name — but offers up a hiccuping bit of mid-tempo niceness on “Bird Language,” featuring a sneaky piano melody giving way to bubbly center, while similarly vague project VR_Sub offers one of the busiest songs with the post-Tomggg playroom pop of “I’ve Forgotten.” Get it here, or listen below.