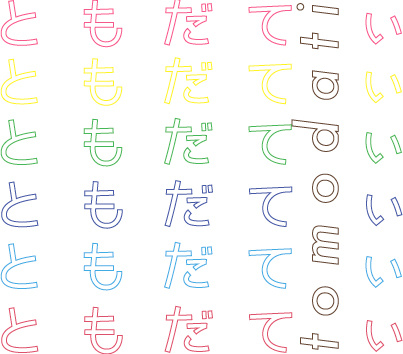 There’s an element of chaoticness running through Tokyo music maker Tomodati’s self-titled EP that makes it more compelling than had this just been a straightforward synth-pop album. Tomodati can string together a good sounding song – opener “Hukutyu” is a shifty number built off sparse percussion and electric squiggles, while “Senzu De Dance” is a perkier whirl of sounds (with what sounds like…an elephant). That’s lovely, but would be not worth much by itself, as great producers pumping out solid music are all over today. Yet Tomodati is playful, too – he sings “my stomach hurts” over and over again on “Hukutyu,” adding a smirk to an otherwise relaxed tune. Even better…closer “ABC,” a slice of golden-era Polysics disorienting rock used to…recite the ABC’s. Listen below, or get it here.