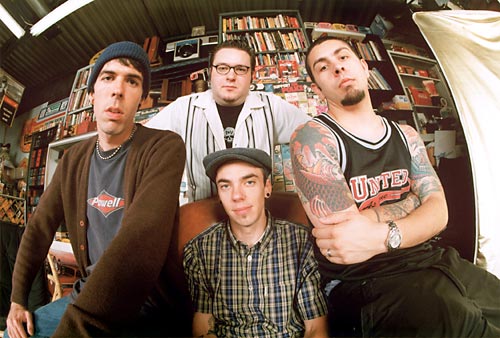 Initially, this sounds like a weird mix. Lo-fi beach pop outfit Friends tackling American punk rockers The Suicide Machines? Could this just be a weird tribute to Jack Kevorkian? Think about it, though, and it makes sense – despite the analog fuzz, Friends has always been about pop pleasure. And “Leap Of Faith” might be full of punk-worthy slogans, but it doubles as a decent pop song. So not a far fetched choice of cover.

The real surprise on this take of “Leap Of Faith” ends up being the vocals. Friends’ decision to obscure everything in a layer of sharpness has always made his vocals more obscured. Though the singing still isn’t demanding attention, it is slightly more pronounced here and it sounds good! Good cover from an outfit getting better with each release. Listen below.