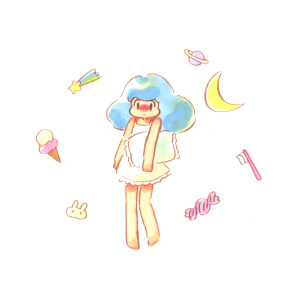 As mentioned earlier, DJ Obake — one half of J-pop outfit Her Ghost Friend — has put together a new solo collection, called H, for American imprint Zoom Lens. And now it is out, and you should go snap that up, because it is good. It’s a chance to get a glimpse at just DJ Obake’s approach to sound, as with Her Ghost Friend his colorful arrangements serves as a backdrop for singing that ultimately demands the spotlight. H zooms in on those backgrounds, and reveals intricate numbers that zoom from sorta-expected cute pop bouncers to more meditative places, such as the skippy “Fushigina Cloudy Planet,” or even to something one would expect out of LA’s Low End Theory nights. Get it here, or listen below.