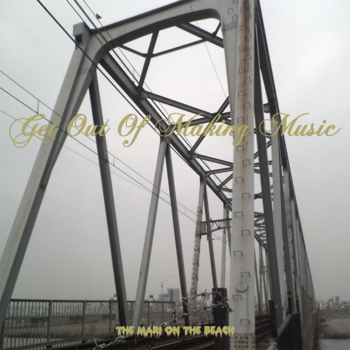 In an ideal world, bedroom projects could one day be spotted by the right people and given the opportunity to record somewhere allowing for more polish. In Japan, a few artists manage to rise above the bedroom-pop tag – Taquwami and Jesse Ruins could fool you with the quality of their recordings, and there are others too. Then there are bands like Osaka’s The Mari On The Beach. They’ve put an album up online called Get Out Of Making Music that shows an outfit capable of writing both catchy pop-rock and faster, more aggressive blasts of music. Tracks like “Is This A Love Or Not?” and “Mari On The Beach” flirt with bossa nova, and then a few tracks later gets pretty punky with “Poland Girl” and “Big Boredom In WWW.” Capping Get Out Of Making Music off is the ridiculous power pop of standout “AM Boy/FM Girl,” which opens with an effect mimicking switching radio stations and then jumps into gooey pop territory.

Thing is, The Mari On The Beach deserve a nice studio and a good producer. The musical smarts and ability to write a catchy tune are there, but as “bedroom music,” a tag they use, this sounds imperfect. The vocals sometimes sound too dusty, and on “Is This A Love Or Not?” they sound like they are being sung through an ancient Teddy Ruxpin. Other times the self-recorded fuzz distracts from the great melody. This style can work…Teen Runnings intentional decision stands out…but The Mari On The Beach deserve something better quality. Fingers crossed they get it. Listen to the album below.