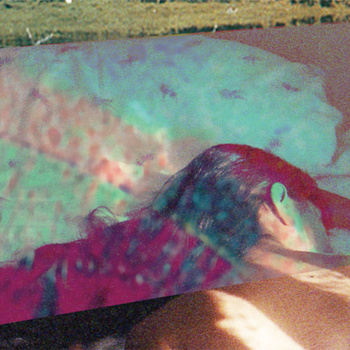 Nobuyuki Sakuma handles production duties in both Jesse Ruins and Nites, two of the many projects found in the CUZ ME PAIN universe. What, exactly, separates them? At one point, my answer would have been “Nah,” the vocalist who adds the ghostly soul to most of Jesse Ruins’ music, evidenced all over the recently released Dream Analysis EP. Along comes “Hera” though, a new Jesse Ruins song available on the forthcoming CUZ ME PAIN compilation (read about that here) that either doesn’t feature Nah or (more likely) runs her voice through so many filters she isn’t recognizable. If you turned Jesse Ruins-Nites into something resembling the Pepsi Challenge, “Hera” would be the moment I get my wig flipped when the dude tells me “that’s actually Jesse Ruins!” Cue a shot of my jaw, hanging.

The multiple monikers can get confusing, but Sakuma manages to be consistently good across whatever name he goes by this week, with “Hera” continuing his streak. Whereas most of Jesse Ruins’ music hovers somewhere between late-night drive and dream, “Hera” is wide-awake and sweltering. The beat smacks harder and the synths get up in your face, sharp lines of sound. The vocals start out as fuzzy growls, but eventually converges with a more normal voice, the overlapping murmurs of “1, 2, 3, Go” coming closest to capturing the mental-escape vibe of other Jesse Ruins songs. As mentioned, this reminds me more of the exercises in production of Sakuma’s Nites project save for the vocal jump rope…and here they sound like from some other project altogether…but ultimately it’s a throbbing number that would be good regardless of whose name appeared in front of it. Listen below.

← Station To Station: Music Station For March 9. 2012 Featuring Arashi, Kou Shibasaki And HY
Get ‘Em Out Of The Bedroom: The Mari On The Beach →