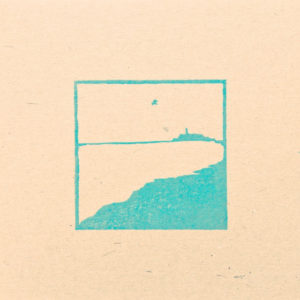 One of the areas where I’ve lightened up in regards to music is getting bent out of shape out of unorthodox band names. Which isn’t to say that a random semi-colon or WaCKy CapiTILIzation is something I just swallow…I just roll with it more, content that most new band names are pretty dumb all over the globe, and that there are worse crimes than adding a period to the middle of your name. So…((The Submariners)), who have (( )) worked into their name for some reason (I think it is because it vaguely looks like the shape a submarine would make as it plows through water?)! Their Mitsuya Cider EP is a lovely three-song set of feedback-glazed indie-pop, a downright delight when they move at a swift pace…which they do on every song save the title track, the one moment that feels a little too slow for its own good. But when they zip ahead…and when they feature tag-team male/female vocals, like on the intro track…it’s some of the most charming indie-pop of 2017, crazy name be damned. Get it here, or listen below.