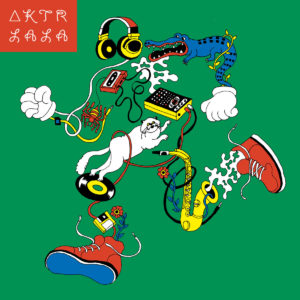 Busy year for Yokohama sample whizz ΔKTR. He’s already shared one of the year’s warmest releases via the hazy dance grooves of suburbanfunkessentials, and now he’s letting listeners even deeper into this world with Lala. Via Fuzzoscope, it’s a beefed-up set, clocking in at 22 tracks, ranging from the laid-back glow of “Toundsrack” to the slippery funk of “Getdownlikedat.” If suburbanfunkessentials felt like a tight and concise work that feels more apt as a 2017 statement, Lala comes off like a deeper dive into the many approaches of ΔKTR himself. It’s a long listen, but one that is constantly shifting — sometimes within songs, such as early highlight “Taste Of Magic,” which goes from seaside guitar fireworks to having everything turn to a blissed-out crawl — and always enjoyable. Get it here, or listen below.