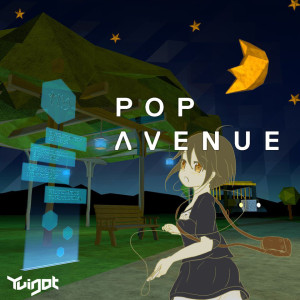 The debut set from Chiba’s Yuigot features a lot of familiar sounds — both in a literal dude-is-sampling-Super-Mario way and a more big-picture style, wherein the two original tracks on Pop Avenue feature a lot of hallmarks of, well, a certain sort of sound found frequently on SoundCloud. Parts of it seem a bit superfluous, like the bed squeaks which don’t add much. Yet those little decadences aside, Pop Avenue is a brisk little set boasting a great energy, offering up twinkling numbers in a similar style to what Tomggg has gotten up to, with a touch more video-game influence (at least on opener, and highlight, “Pure,” boasting the best use of coin sounds I’ve heard since “Cha Cha“). Pop Avenue is rounded out by a series of remixes that explore just where these songs can go, featuring strong contributions from Nyankobrq and Hiroki Yamamura. Get it here, or listen below.