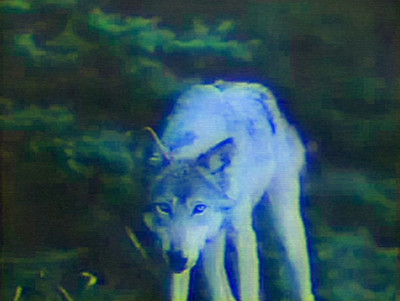 Nobuyuki Sakuma is no stranger to new names. For years, he DJed and produced music as Nites and a few years ago launched a new project, one that would eventually grow into a trio and grab international blog attention, called Jesse Ruins. Now Sakuma is recording solo again under the moniker Cold Name, and so far has released a mix and a “Twin Peaks” sampling song called “She’s Filled With Secrets.” Make Believe Melodies talked to Sakuma about Cold Name, the state of Jesse Ruins and Lil B.

Make Believe Melodies: When did you decide to start the Cold Name project?

Nobuyuki Sakuma: I’ve been planning it since two or three months ago.

NS: It’s mainly because I had a little bit of time after finishing the recording of Jesse Ruins’ new album. I wanted to make a mix, but my Nites project had ended earlier this year, so I just made a new project.

MBM: How will Cold Name be different than the Jesse Ruins project, or your Nites project? In particular, what sonic differences do you hope to achieve, and why?

NS: First of all, my main project is Jesse Ruins. That’s for sure. It was my solo project, but now we’re releasing and performing as a band, and have some plans for the future. Also, I finished my Nites project after releasing a free EP through Bandcamp earlier this year to focus on Jesse Ruins. I didn’t really mention it, but recently, I have used my real name when I’m DJing. So I focused on working on Jesse Ruins materials, but since I had some time after finishing that, I decided to have another project to release something that enables me to release something different from Jesse Ruins. Right now, Cold Name is like a side project I work on when I’m not working on Jesse Ruins. It’s similar to my Nites project that way, but it’s musically different from both Jesse Ruins and Nites.

MBM: Does the Bermuda Triangle mix you made hint at the Cold Name sound? Why or why not?

NS: Bermuda Triangle is a hint for Cold Name’s sound. It’s like an industrial interpretation of the situation in the Bermuda Triangle right now… It’s half joke, half serious. There’s varieties of genre in it if you listen to it closely, but the dark, industrial and cinematic atmosphere is more of my roots than saying it’s the purpose of the project. How to express those details depends on the concept of the project, and Cold Name is a project to let out what ever I felt like doing at the moment.

MBM: The most surprising moment on Bermuda Triangle was the inclusion of a song by rapper Lil’ B. What about Lil B are you attracted to? Do you listen to a lot of his music, or just the ambient stuff like “I Am The Hellraiser?” Why?

NS: It’s not like I’m really into Lil B. But I love the album “Rain in England” that features the track “I Am the Hellraiser.” I don’t have the other works by him, and I’m not interested in those. But the whole of “Rain in England” is non-beat and features similar synth and ambience throughout the album, which is ridiculous and unlike hip-hop, so I love it.

MBM: What’s Jesse Ruins up to?

NS: We’ve finished recording, and are playing shows while practicing new songs. Jesse Ruins started out as my solo project, but (vocalist) Nah joined, and (drummer) Yosuke joined after being a support member, so the bedroom project has slowly evolved to be a band. I’m still leading the band, but the band members have started giving me advice, we’ve realized more than ever that we’re a band, and others have told us so as well. It’s becoming really positive for Jesse Ruins.

MBM: What’s the status of a new Jesse Ruins’ album?

NS: Some people might know, but Jesse Ruins has left Captured Tracks in the US. I can’t tell why we left, but Jesse Ruins is not stopping, and all I can say is that it’s not a negative thing for the band. I can’t talk about details, but we’re negotiating about the album release with several record companies. The label is going to change, but Jesse Ruins debut album is going to be released as planned. Please look forward to it.

NS: We’d like to do a foreign tour that we’ve been planning on after releasing the album. And I’ll work on materials for Cold Name when I’ve got time, and hopefully have a physical release. I also have a plan of doing a remix, so I’ll announce about that later on. Cold Name will be something I’ll do with my own pace, to express anything that I want.