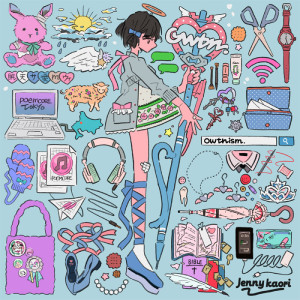 As far as fringe genres go, “poemcore” feels like it has stronger legs than a lot of the ideas that congeal into trend pieces. That’s even if it can be considered a style all of its own, though — “poemcore” is music where the vocals are spoken, like a poem, and that seems to be the only unifying sonic detail thus far. A good intro might be Bool’s woozy This Is Poemcore. And, well, plenty of artists have been doing that before without having to make a whole iTunes category for it. Let’s go with it though, especially based on how enchanting Owtn’s Owtnism actually is.

Released by poemcore groundzero netlabel Poem Core Tokyo — who also have released albums featuring Nature Danger Gang and various noise artists, if you were wondering how far the borders of this thing go — this is Owtn’s second album out on the imprint. And, whereas other offerings can be abrasive, Owtnism shines because of its intimacy, every track a sporting vocals delivered in the slightest of hazes. Each number feels like stumbling across a journal entry, while three producers juggle production work. Opener “Nemurihime” (“Sleeping Beauty”) is a standout, a dreamy number accented by lovely piano plonks. More wobbly is the follow-up, which places more emphasis on the vocals, or the loudest track here, the EDM-pierced “Sanatorium” (doubling as the creepiest song here). Get it here, or listen below.