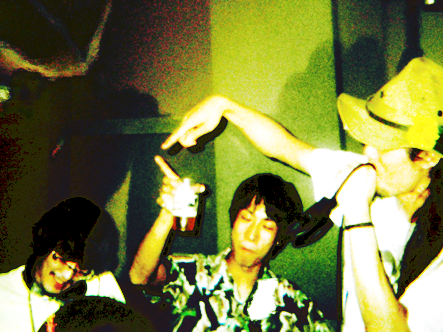 Would you really blame me if I initially wrote off The Beaches for being another “makes great summer music” band? I’m currently trying to get my hands on an album by Surfer Blood, which will join the likes of Wavves, Best Coast and The Parasails. Not to mention countless songs about fun in the sun. Great stuff, yes, but I’m burnt out on this “not at the beach beach music” and am welcoming the winter with open arms and Sunn O))) songs.

The Beaches definitely make music best suited for the summer, but it’s a far cry from the “chill-glo” scene of 2009. This group plays…hip-hop inspired latin grooves? Yeah, pretty much, but not like Reggaeton. This stuff is a bit less hectic – “Hi Heel” moves at a slower-dance pace, with sandpaper synths adding a layer of unease to the proceedings. Sunny, but also with some bite. “Furati” (video below) furthers the slightly off-kilter latin sound, the nervous background noises lurking beneath the percussion while the lead singer’s voice gets slightly modified on the verses. Ultimately just a great dance track, but with enough going on in the back to spin away from the club, and enough aggression to make it as unchill as a summer song can be. They get bonus points for that.