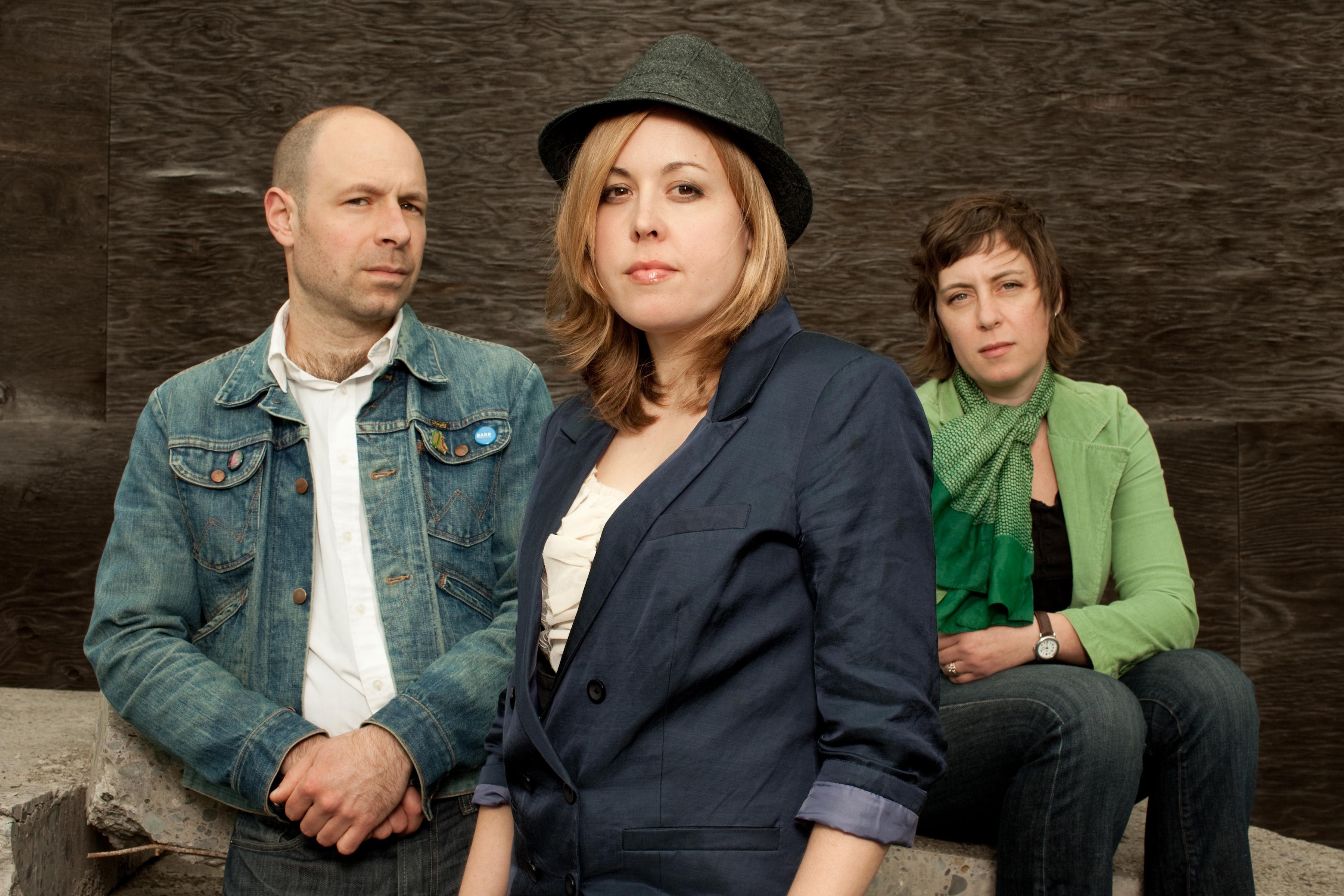 Nearly every review or article written about The Corin Tucker Band and their debut album 1,000 Years mentions how this sounds nothing like Sleater-Kinney. Even the friend I met at Osaka’s Sunsui on November 29 to see the former S-K singer’s solo venture noted just how un S-K her new material could get. It’s an inevitable comparison I guess…Tucker’s Sleater-Kinney are one of the most beloved rock bands in recent memory, the rare group that both made truly excellent music and stood for a lot more. People cherished this band…a little Googlin’ reveals a lot of fans already counting the days until a reunion, which hasn’t even been hinted at yet…so Tucker’s solo outfit probably didn’t have a chance to break free of old comparisons (neither does Wild Flag, btw). Her Band’s show on Monday, though, made a strong case for not just dismissing this project as a time killer, but rather a kick-ass experience all its own.

Japanese band N-16 opened the show up and I guess I better break out the transparency early – my aforementioned friend taught the group’s lead singer English back in the day and as a result we got in for wayyyyyyy cheap. N-16’s set would have wowed me even if they didn’t help me score a discount…thanks again though! The four-piece plays ramshackle punk-rock (inspired by Sleater-Kinney) that manages to be both fuzzy and catchy. Screeching guitar solos gave way to Shonen-Knife-ish, call-and-response choruses between the band’s members. Their set never lagged in energy, and special credit most go to N-16’s lead vocalist (formerly mentioned connection) who apparently hurt her throat two days before so she couldn’t talk at all before the show…but still came out and performed vocal trapeze Monday. They delivered a fun and lively set, one that had Corin Tucker herself bobbing along from the crowd.

The Corin Tucker Band came on shortly after. As everybody has written, they certainly don’t sound like Sleater-Kinney lite…but they also DO sound a lot like S-K. That might sound a bit obvious seeing as the band happens to be headed by a former member of Sleater-Kinney, but Tucker hasn’t really changed up her vocal style or guitar playing for this project. She can still pull off her signature screech at will, as she did frequently at Sunsui, her wail making the chugging “Doubt” even more commanding and transforming a slower, near-ballad like “Pulling Pieces” a forceful edge (let’s also take this moment to point out that Tucker has assembled a great cast for her Band, who create excellent backdrops for her to work wonders over). The Corin Tucker Band might also slow things down a bit more than S-K ever did…Tucker plays an acoustic guitar sometimes whoa!…but they just as often played a similar punchy rock that Tucker’s old band built their name on (see the whirling “Riley,” the highlight of her live set). It can get a little slower and the subject matter skews more towards the personal than the political, but the roots can still be seen regardless of what every critic uses as there lead.

← Albums We Missed In 2010 Extravaganza Part One: MASS OF THE FERMENTING DREGS And Asian Kung-Fu Generation
Station To Station: Music Station For December 3, 2010 Featuring AKB48, KinKi Kids And Superfly →