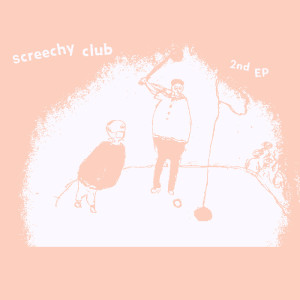 Japanese music is in a weird place right now. “Japanese music” is pretty vague…that really refers more to the mainstream, or whatever can be sold inside a Tower Records…but there really isn’t anything going on right now, at least nothing new. The last few years were dominated so much by idols, but that proverbial train has veered off course in recent years…save for maybe Sekai No Owari, Japanese music at a major, nationwide level just sort of is. Boy bands (of both the Johnny’s and EXILE sort) remain popular, but you could pluck them out of 2007 and be fine, save for a bass wobble or two. Vocaloid peaked, thanks David Letterman. And, we are a Mr. Children album away from the hat trick of old-bands-releasing-new-music-and-topping-all-the-charts (B’z, Southern All Stars). It’s not a weird time, because that would imply something interesting was happening.

No better time than now to start seeking out smaller stuff, the sort of bands and artists operating in dusty corners. Like, Tochigi prefecture, where Screechy Club call home. They’ve just put out a short…four songs over in about five minutes…release via Bandung, Indonesia’s Barokah Records, I Don’t Like The Indiepop Band. Not sure what band they dislike, because they have embraced indie-pop sounds on it, just recorded in extremely low quality. But songs such as the title track and “I’ll Forget Everything” feature a good ear for catchiness, while the short play times for each allow the shitty sound quality to be charming instead of annoying. Here’s a small alternative to…well, most everything. Get it here or listen below.