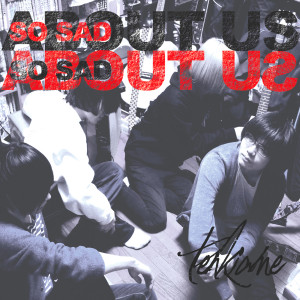 Time for MAP, the monthly feature where blogs from more than 30 countries share an artist and a song with the world. For Japan, we are highlighting the driving rock of Tenkiame, the newest project from Azusa Suga (For Tracy Hyde, Shortcake Collage Tape). Hear it and more below.

Azusa Suga is a Tokyo musician who keeps himself busy. He plays guitar in rising rock outfit For Tracy Hyde and is also the mastermind behind the chillwave-leaning Shortcake Collage Cake project. His newest outfit, Tenkiame, finds him in the vocalist role, merging driving rock with a touch of shoegaze. Splash! is their best cut yet, thanks to how it drives forward and how Suga pushes his voice to raise the emotional stakes.

This supergroup formed by Facundo Flores (Onda Vaga, Nacho & Los Caracoles), Tomi Lebrero (El Puchero Misterioso), Martín Reznik (La Filarmónica Cósmica) and Jano Seitún (Campos Magnéticos, Alvy Singer Big Band) has just released their first record. According to the guys, the album sounds like “a bolero who fathered a cumbia, a chorus which is the cousin of the best zamba, and rock music that won’t leave us even if we try”. MAP exclusive download Jaqueline is our favorite track from the album.

AUSTRALIA: Who The Bloody Hell Are They?
Surf Dad – Honey

Surf Dad is the production duo of George and Declan Sands, brothers from Barwon Heads, a small coastal town near Melbourne. More than a year after releasing the excellent Unholy EP, the siblings have dropped Honey, a pristine, sensual track featuring horns, bells, woodblock, field recordings from their dad’s backyard and their mum, Natisha, on vocals. George had salvaged the vocal recordings from old four-track cassettes that Natisha, an artist herself, compiled in the 1980s. As you might expect from an intimate family collaboration, the boys’ woozy, organic production complements her heady performance perfectly. And Mum’s reaction upon hearing the track? She cried.

Buzz Records is taking Toronto by storm with their incredible roster of artists that include Odonis Odonis, Weaves, Greys, HSY, Anamai and more. Now I bring to you the incredible Dilly Dally, whose “I don’t give a fuck” attitude both on and off stage will have you loving them more and more.

Balancer is a trio formed by Colombians and Puerto Ricans, but based in Brooklyn. Gabriela, Felipe and Francisco have released two EPs and an album called Tipsoo. Their music is striking – it’s a world influenced by indie-rock, psychedelia and electronics. Remain Waves is the first single released from Tipsoo, which takes us through the waves to the shore with a warm, downtempo sound.

DENMARK: All Scandinavian
The Ball And The Wall – Standing On My Own

The Ball And The Wall’s latest single, MAP exclusive download Standing On My Own, came out in the UK on vinyl in March. The solo project of producer Noah Rosanes, he only puts out singles with guest vocalists. This one features Ida Wenøe and comes with an excellent “20 directors with 10 seconds each” video. The single’s B-side is So Good.

Homogenic (stylized as HMGNC) is a trio consisting of Dina Dellyana, Grahadea Kusuf and Amandia Syachridar, who distill their many musical passions down to a few simple concepts, expressed as scientifically-constructed pop music which they refer to as electronic sci-pop.

Taken from his Surface Tension EP, Both Sides represents another burst of creative hip-hop from the Limerick-based Rusangano Family collective, of which MuRli is a key member. The vocalist’s Togolese origins shine through in a track that deals with diversity with a cutting and memorable honesty. It’s a glance at fast-modernizing Ireland delivered through a captivating voice.

Old Fashioned Lover Boy’s debut album is called The Iceberg Theory – there is a hint of something majestic but also fragile and incomplete in this music. What we see of an iceberg is only a small part of what’s really there. These songs may seem thin, just another folk-pop record for Bon Iver or The Tallest Man On Earth fans. But while Old Fashioned Lover Boy is a bedroom songwriter with an acoustic guitar and a few synths, the love in his music is much more than this.

The state of Colima, on the Pacific Coast of Mexico, is well known for its astounding beaches, but scarcely for its indie music. Enter Lawall, a very young band signed to Mexico City label Rock Juvenil, founded by Centavrvs member Paco Martínez. And what a finding Paco has made. This jangly, nostalgic tune has the sparkle of those 80s tunes crafted by Morrissey/Marr.

Indigo was one of the most important bands in the development of Peruvian rock at the beginning of the last decade. Their first and only album is essential material. Almost 10 years after their last activity, they’ve returned with the announcement of a new album, from which we can hear Destino, an amazing song that rouses instant nostalgia as it grows in intensity.

PORTUGAL: Posso Ouvir Um Disco?
The Leeway – If Only

The Leeway are a band formed by Pedro Barquinha – a Portuguese living in New York where he attends the New School for Jazz & Contemporary Music – and his friend and fellow student Bennett Sullivan. In March 2014, with three other recruited members, they released an EP. If Only is a new track for 2015, with The Leeway releasing one every month accompanied by a video.

BWANi first appeared on the Music Alliance Pact as Bwani Junction in November 2010 and released two albums under their old moniker. Conveniently, the rebranded version of the Edinburgh indie-rock band has coincided with their best work to date – the relentlessly anthemic single Make My Day (backed with a barnstorming video). Get addicted to this MAP exclusive free download before it inevitably appears on album number three.

Electronic duo Cumeo Project has already garnered some attention internationally, but it was not until this month that first EP Promised Land came out on US label Shoeboxx Recordings. New Day Rising opens the release brilliantly with great beats and fleeting sounds.

UNITED STATES: We Listen For You
Lydia Burrell – Carry Our Weight

An emotive ticking clock of a song, Carry Our Weight bounces in and out between poetic lyrics and a synth that punches in between breaths. This is unabashed music. The lyrics float above melodies that tag behind, both elements reaching higher and higher until the song’s fantastic and satisfying conclusion.