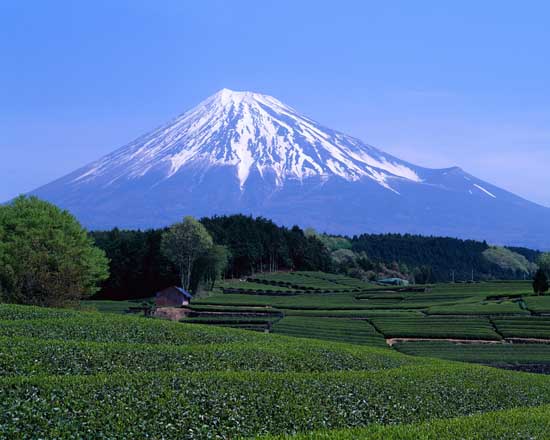 As the rainy season of Japan approaches and we say goodbye to such things as sunshine and going outside, the thoughts of an individual stuck indoors for the immediate future turns to one hopeful thought – summer music festivals! Japan boasts two giant concertpaloozas, the Fuji Rock Festival and the Summer Sonic Festival, happening around the end of July/start of August. Both events feature a combination of big-name foreign acts and Japanese groups, with a fair amount of more obscure artists mixed in. Going to one of these mass-concerts is sure to be one of your summer highlights, especially if you are anything like me and consider a new menu addition at Subway a cause for celebration.

But which one to attend? Unless you are rich — I hate you — going to both music festivals borders on the impossible. Seeing as how watermelons become luxury items in Japan, tickets don’t come cheap, and the timing of the two festivals are so close to one another you’ll be burned out by August 10. Factor in transit, and accommodations, and food and…oh my head is spinning! So you’re probably only going to one of these things. But which one? “Help me music blog, I can’t decide!!!!” Fear not, because Make Believe Melodies will help you figure out where to spend your hard-earned yen. Though all the bands haven’t been announced yet, a majority have and you really should buy tickets soon. We’ll lay out the facts and a little assholish opinion, you decide. Let’s get going!

Summer Sonic – Tokyo and Osaka. Sorry other cities in Japan.

Getting There
Fuji Rock – The website says it takes an hour and a half to get to the site from Tokyo, noting the Shinkansen is most convenient. You can also use a shuttle if you stay in the nearby town. More info here.

Summer Sonic – 1. Take train to Tokyo or Osaka. 2. Take more trains to get to the venue. Maps here.

Other Highlights Worth Seeking Out

Fuji Rock – Belle And Sebastian yo!

Summer Sonic – If you want to see reunited indie gods, here’s your fest as The Pixies and Pavement will play. You also get Hole….and Smashing Pumpkins, but be careful of those guys, Billy Corgan hasn’t done anything smart in the last decade.

How Indie Is It?
Fuji Rock – Disgustingly indie. You can’t throw a rock at this schedule without hitting a band beloved by the hipster set – LCD Soundsystem, Hot Chip, Dirty Projectors, !!!, Broken Social Scene, MGMT (I think indie people still like them), Vampire Weekend (eh, not as much) and Foals, amongst others.

Summer Sonic – Pretty indie. Though not as skinny-jeaned as Fuji Rock, this fest does have the likes of Jonsi, Band Of Horses, Passion Pit, Surfer Blood, Free Energy, Girls, Hudson Mohawke and some others. I’m not sure if British hype bands Delphic and Two Door Cinema Club fall in this category, but why not?

What about Japanese bands?

Fuji Rock – Again, stacked to the gills. Asian Kung-Fu Generation, Boom Boom Satellites, RIDDIM SAUNTER, OGRE YOU ASSHOLE and The Bawdies only begin to showcase how domestic this thing is.

Summer Sonic – Not very. A few bands here and there (The Pillows are cool, and I’ve heard nice things about Beat Crusaders), with the biggest name popping out of the lineup being FUNKY MONKEY BABYS. When that’s the name sticking out, you’ve got a problem.

I can only handle jangly guitars for so long. Any variety up in here?

Fuji Rock – Ehhhhh, not really. Fuji Rock definitely leans to the American indie side of music, so if you want anything that’s not…that, sorry. There will be some solid electronic acts – I big up Mylo, and Boyz Noize will be there.

Summer Sonic – If Summer Sonic does one thing exceedingly well, it’s catering to all demographics. Plenty of pop stars make the trip over, with Taylor Swift being the most prominent. You’ve got all the prog-rock you can handle, electronic artists and even rap! Speaking of…

Will there be rap?
Fuji Rock – Alas, no. Here’s my big grip with Fuji – I can’t spot a single hip-hop artist on the list. The fest just needed Mutemath, but couldn’t even fit in a washed up artist in to look like they’re trying? I guarantee you Nelly would be down.

Summer Sonic – Lots! And it’s not phoned in. Jay-Z headlines, while his former archrival Nas goes on a few hours before him. A Tribe Called Quest also nab a spot. Ignoring Uffie, that’s a pretty solid card.

Fuji Rock – Third Eye Blind which, from personal experience, really do bring out the junior high memories out of people.

Summer Sonic – Off the charts. Just look at all the phony nostalgia you can indulge in…relive junior high school with Sum 41 and The Offspring! Pretend you were there during the Guns ‘N’ Roses day by seeing Slash! Be a total dweeb and see A-Ha perform that one song! And uhhhh, be hipster scum and go crazy over the Pixies and Pavement, two bands that existed before you were in the fourth grade. That ones for me.

Horrible Act Of The Festival
Fuji Rock – I’ve already outlined my distaste for Matt & Kim in the past, I’ll just leave it at that.

Summer Sonic – I once read a Tweet by a music critic saying people who hate Nickelback are extremely boring people. And I sorta see where the guy is coming from. Everyone hates Nickelback…save for the millions of people shooting them to the top of the charts come time for a new album. Nobody actually puts much thought into critiquing Nickelback’s music…they just smugly declare “Nickelback sucks,” and that is a really boring and predictable position to take.

That said…I’m a boring man and Nickelback blow. It’s highly likely that, if you want a decent view of Jay-Z you will have to endure the sounds of “You Remind Me” to get it. Geneva Convention, where you at?

Summary In Form Of Haiku

Honestly, it comes down to whether you want to be so swamped in one particular strand of music that you’re bound to miss a whole lot of acts you want to see (Fuji), or if you’d rather have a more digestible schedule punctured by most likely having to sit through Coheed and Cambria to see better stuff (Summer Sonic). I’m going to Summer Sonic because it’s a lot closer to me and a lot cheaper, but if tomorrow I found out I inherited a large sum of money from a mysterious relative, I’d go straight to Fuji Rock as well. I will say this…Summer Sonic seems a bit more linear, while Fuji seems like more of an experience. If you won’t be in Japan next year for these festivals, I’d say do Fuji Rock because it’s more “Japanese” while Summer Sonic could honestly happen anywhere.

You can’t go wrong with either, though. Sorry you read this whole article just to reach this conclusion.

← Perfume Set To Play Biggest Show Ever At Tokyo Dome On November 3rd
Twee As…Oh You Know: Lilacs In Bloom →