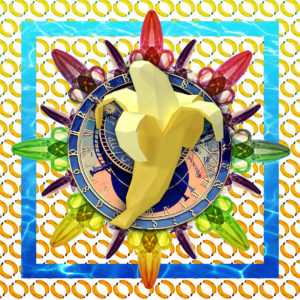 It’s hard not to have spit-second hesitation about hitting play on a song called “Datboi” in the year 2016, as something seemingly based off a meme could only be bad, right? Luckily, producer Bruno Uesugi’s “Datboi” avoids anything goofy — frog croaks line the song, but ultimately offer atmosphere over lolz, while if you really force yourself to, the vocals at the center of this kinda sound like “who dat” — in favor of an uptempo electronic number moving from pure swiftness to something harder hitting in the homestretch. It’s a highlight of the young artist’s Trippy Bananas release, put out through Dos.Ing, a collective coming on up the Tokyo scene. The rest is solid too, with “In The Streets” going for a much more aggressive sound anchored by the voice of Redman sampled from a De La Soul song, while “Trippin’ Out” features more metallic snaps. Get it here, or listen below.