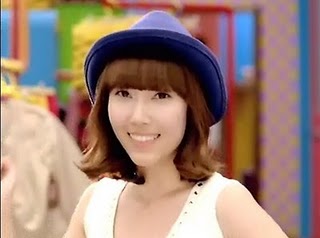 Though I hesitate to share this online because it reveals me to be a total social zero, I’ll cop to helping create a thread on a message board used by local English teachers snarking on Korean pop music. This board usually features discussions focused on the helpful…event listings, teaching advice…to more vacuous chats…a thread titled “Why You Love Japan,” chats about the Japanese language which sometime dissolve into who-has-the-bigger-Kanji-dick standoffs. Fed up with the latter, a friend and I decided to take the piss out of the forum. We made a topic about K-Pop. I’m only slightly above 4Chan.

The idea went like this…both of us wrote serious-sounding posts about the “threat” of Korean music “invading ” Japanese shores. He played the hyper-nationalist while I assumed the role of a “know the enemy” propaganda tape, outlining the various groups hitting the Japanese charts complete with appropriate links. To the board’s credit, most people got the joke and ran with it and the whole thing was great for nerds like us. It even sparked a small music discussion, albeit one not going much beyond “all of these songs suck.” Which I agreed with for the most part, being a person not particularly fond of KARA or Big Bang. Yet included within all of this bashing was Girls’ Generation’s “Gee,” a single most posters considered “very bad.”

This made me terribly self-conscious, because I listen to “Gee” a lot.

A song being a “guilty pleasure” in 2010 stinks of ridiculousness…you’d hope society as a whole have reached the point where people don’t have to hide behind a shield of irony to enjoy stuff they actually like. However, a piece of media making one feel slightly embarrassed or hesitant to share (at least around friends or loved ones and not randoms on the Internet, hey ya’ll!) doesn’t seem too insane. Ideally, people could like what they like, but the world of today has been carved into so many niches based on what we like…dubsteppers, Tea Party supporters, indie movie fans, 4Loko drinkers…that embracing something that comes off as radically different from your perceived likes might raise some eyebrows.

All of this comes with one gigantic asterisk…most people actually like “Gee.” Originally released in 2009, it’s one of the best selling singles in Korean music history, and easily the most successful K-Pop crossover to hit Japan yet (came to this country in 2010). Girls’ Generation even get a little attention in America…not close to being “sorta widespread” but certain folks know who they are, even if only through strange college football connections. Liking this song actually puts me in a majority…according to sales charts, at least.

Yet “Gee” is one of those songs that divides. First off, it’s a pop song, a classification bound to turn off certain people who still think lending a song to a commercial equals selling out. Even more, it’s pure pop, overproduced to the max (more on that later). To top it off, it’s K-Pop which isn’t far from J-Pop in most people’s minds which instantly gets filed away as a bad stereotype either linked to pure annoyingness or anime. I won’t even dwell on how the rest of Girls’ Generations music does in fact suck and how I wouldn’t blame someone for approaching “Gee” with a negative outlook.

(Double aside: the video for “Gee” doesn’t help matters either, in either country. The clip ends up being as progressive as Polly Pocket. I mean…the group members actually start the song as mannequins. Read that how you want. Though to the video’s credit, the Girls’ Generation member in the purple hat has some amazing faces and gestures.)

Check all these hang-ups at the door, though, and maybe you’ll hear what I hear…an insanely catchy pop song engineered by eggheaded scientists to be both maddeningly enjoyable and made out of some undiscovered element. “Gee” hits on a lot of the same pleasure as Japanese group Perfume, but whereas they make dance-pop, Girls’ Generation’s best moment takes a radio-ready pop song and launches it towards Saturn. This might be the only song I’ve heard outside of an arcade that actually sounds like what the creators of South Park picture as J-Pop (in reality, nothing in Japan sounds remotely like “Gee”), and still it goes even further, shattering pop stereotypes in the process. I can’t deny that “Gee” is overproduced…which might also be the ultimate roadblock for a lot of people when it comes to this and many a pop song…but instead of being a typical “let’s just pitch correct the chorus, good to go!” rush job, “Gee” feels labored over, every tiny detail run by a sea of committees determining whether it could be as pop-polished as possible. Girls’ Generation don’t even try to hide the fact “Gee” came from some laboratory, but unless you’re one of those types who believes “computer music bad, guitar music good” this shouldn’t be an issue.

The titular word works the same way “ohhhhh” or “wow” might, something uttered when caught off guard. “Listen boy, this is my first love story” one of the singers declares at the outset and that serves as our lead…”Gee” is a love song but one less concerned with adult relationships, instead capturing the rush of something a teenager might feel when they fall for someone. Forget Katy Perry’s plodding “Teenage Dream,” this song captures that initial rush…here rendered literal by the dizzying drive of the whole thing…of infatuation perfectly. It’s overwhelming and manic save for a few moments of swooning thought (that would be the R&B bridge here) and intoxicating. Other Girls’ Generation songs like “Genie” find them trying to act more grown-up, more like the Pussycat Dolls, but those songs are a clunky as a toddler in high heels. “Gee” is as naive a pop song can get, and cheers to that.

Expecting anyone…especially people on a microscopic message board…to defend this song probably seems foolish. It’s the sort of pop song bound to be tossed aside by many for reasons well beyond personal taste…I’m not even breaking out the can opener for the “girly” angle here…but I guess I can take solace in a large chunk of people actually enjoying this track. Still, no song in 2010 made me feel more embarrassed to share sincerely with the world than “Gee…” a year where I’ve defended to my friends the likes of Soulja Boy Tell ‘Em, “Like A G6” and, when I’m feeling bold, Taylor Swift. So though I’ll be listening to “Gee” in private probably for the rest of my life, I’ll still enjoy it. Message boards be damned.