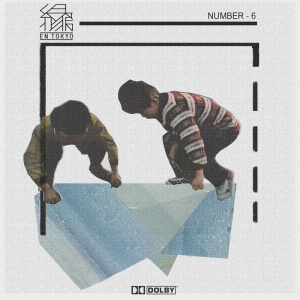 The Red Bull Music Academy wrapped up its month-long stay in Tokyo earlier this month, but music created during that event is still trickling out into the world. The Academy (full disclosure, I contributed a story to Red Bull’s online magazine) brought together young producers from all over the globe and helped them develop new music and skills…but they weren’t the only beneficiaries. At the November 9 Culture Fair…sort of like a record market, along with DJ sets and radio shows…producers from beat-making collective EN Tokyo took part in a show that twisted the outfit’s approach to beat making ever so slightly – each member bought records at the event and then had a brief amount of time to create a beat from it…and then present it to the crowd. They usually have one night to make a beat…but here were physical limitations to.

Six gathers those quickly made beats in one place. The premise of EN doesn’t necessarily breed great music…the goal is to make something fast…but this collection is solid, and highlights some of the better beatmakers in the capital. Salty starts the comp off with a melancholy track, before other contributors create a more joyful mood…or, as is the case on Lidly’s “Tide Over,” a blurry horn-assisted one. Pigeondust digs up various weird sound effects and turns them into a laid-back groove (featuring the only instance of proper rap verses…original here). Get the whole collection here, or listen below.