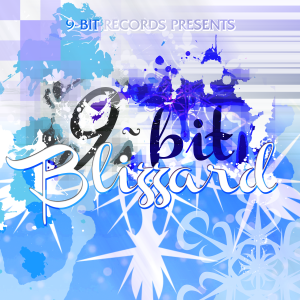 There are several angles one could approach “Winter Valentine” from. It finds Vocaloid-favoring producer mus.hiba teaming up with Brighton-based musician and video-game-music composer Calum Bowen, and is just the latest in a wave of Japanese artists hooking up with overseas artists for various enterprises (see i-fls and, uh, mus.hiba working with Zoom Lens, or Cokiyu collaborating with Baths). The song itself features a vocal duet between mus.hiba’s preferred digital voice, Sekka Yufu, and one that sounds human. It’s also just another fine example of the potential of Vocaloid music. Yet one doesn’t even need any of those hooks to enjoy “Winter Valentine,” a simply great song. It comes off a compilation album titled 9-Bit Blizzard, but like mus.hiba’s “Magical Fizzy Drink” uses video game touches as a detail and not the entire schtick. The first half of the song is a sweet, almost child-like back-and-forth between the two voices. It’s a lovely portion that leads into a brief bit of plink-plonking courtesy of some Kirby’s Dreamland-worthy bloops…and then erupts. “Winter Valentine” never settles on just one idea – and mus.hiba and Bowen could have milked that initial melody and turned up decent results – and instead goes in all sorts of directions that end up being more interesting. Get the song here, or listen below.