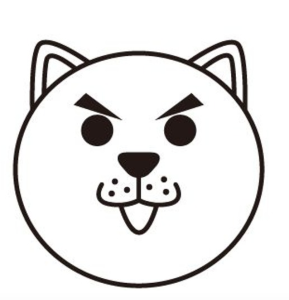 Time for the second installment of MAP for 2016, featuring a special collaboration between one of Tokyo’s finest wonky trackmakers and a rising Taiwan-based producer. Listen to it…and many more…below.

This MAP entry sees wonky Japanese producer Foodman team up with equally left-of-center Taiwanese artist Meuko Meuko for a woozy electronic number. Wan Wan Wan Wan jitters ahead, eventually settling into a nice thump, albeit one that takes place in a sonic jungle courtesy of nature-centric samples. Despite all of the disparate parts clanging together, Wan Wan Wan Wan ends up a danceable tune.

Rosal are one of our all-time favorite bands from Buenos Aires. Led by singer Maria Ezquiaga, they have been around since 2002 delivering indie-pop gems with fine arrangements and catchy lyrics, such as John, a track from their first album. Rosal just released La Musica Es Mi Eje, which features live versions from their five albums and some great covers.

AUSTRALIA: Who The Bloody Hell Are They?
The Delicates – Chimera

Exactly the type of song you’d expect to hear come out of Australia in the middle of our long, hot southern summer. The Delicates are five wallflowers from the Gold Coast who play soothing, understated jangle surf-pop with a hint of the type of melancholy that you only get from bands born outside the hustle and bustle of a major metropolis. Chimera will drift in and out of your headphones without much of a fuss but not without leaving you feeling a little lighter in the process.

Aventureiro is the opening track from RÁ!, one of the most acclaimed Brazilian albums of 2015. Rodrigo Ogi raps about life in São Paulo, its challenges and experiences. For those who do not speak Portuguese this track speaks for itself with its strong beats and flow.

The identity of P’ARIS is currently unknown but one thing is for sure, they know how to write a pop jam. This totally channels the essence of fellow Canadians Tegan and Sara.

From Piloto, the record label that brought guitars back to Chilean indie-pop, we introduce Los Valentina with their debut EP Señoras. Simple songs about simple things, delicately executed and perfect for the summer, with the unmistakable voice of Valentina Martinez inviting us to listen over and over again until we learn the lyrics to sing along like nothing else matters.

Hip hop group El Bloque are part of this year’s Rap De Colección Vol.2 compilation that serves as a platform to show off Ecuadorian talent. The album features El Bloque’s tasteful single Sazón, which comes with this video.

Pygmy Marmoset are a duo from Bali who sing pop songs with strong lyrics about the environment. Their latest release Cerita Senja (roughly translated as “The Afternoon Story”) is about someone who craves a hug after working long hours and commuting through traffic and pollution.

Typically an Irish language post-punk act, what makes this locally-leaning remix from Tuath interesting is in part that it’s so atypical of them. A remix of fellow Donegal act Shammen Delly, this is an atmospheric bit of slow-building, fuzzy electronica that is decidedly not post-punk. Fortunately, it offers great evidence that Robert Mulhern is not a man to be pigeonholed, once again exploring rhythm and texture, simply through an entirely different medium.

Paisley Reich were on the MAP playlist in January 2013, but they have grown up a lot since those early songs. They just released a vinyl EP on Lady Sometimes Records and it shows a new maturity in songwriting and a great awareness in the definition of their sound. Taking inspiration from the likes of Interpol and The National, these guys from Rome are able to create a music landscape full of shadows, noise and mystery, but which also shines with melodies and a psychedelic sweetness.

Divine Sinners is a four-piece band from Gozo (Malta’s sister island). Originally founded by Charles J. Attard & Frank Buhagiar, they have been playing live for the past six years and have recorded four albums. Divine Sinners are currently working on their fifth album.

Continuing the impressive growth of his netlabel Abstrakt Muzak, the Monterrey-born, Austin-based virtuoso Memo Guerra has recently released his new album Moon Phase. The aesthetic choices on swooning first single Que Es Lo Que Siento – drum machines, programming, synths, an unforeseen guitar outro and more – are enveloping by themselves. Yet, underneath all these layers and sonic textures, the song comes into full in effect with its hooky central melody.

Los Tuertos features Humberto Campodonico, formerly of the band Turbopotamos, alongside Francisco Chirinos and Claudio Pando. Having made their debut in 2014 with the single Tuerta Navidad, their music has a predilection for folk and nostalgic melodies in a style they call Peruvian gospel.

The sound of Bed Legs, a quartet from Braga, is pure blues and rock ‘n’ roll. Vicious was the first single taken from their debut album, Black Bottle, released in January.

Leo Bargery is the guiding force of Edinburgh’s Mt. Doubt, whose 2015 debut album My Past Is A Quiet Beast (available on iTunes) broods with impressive variety, from driving indie-rock to melancholic introspection and everything in between. Vocally reminiscent of Neil Halstead, the incremental crescendo-building of Soft Wrists deserves to be played loud and often.

Earip started her musical career as the vocalist of 90s indie-pop band Sweater and has continued on her own as a singer-songwriter for the past decade. Her fifth solo album Exile has just been released and is full of lovely tunes. Inspired by George Orwell’s novel, 1984 showcases Earip’s characteristic, warm voice over a calm piano arrangement.