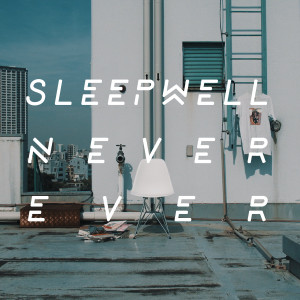 The music usually flowing forth from netlabel Trekkie Trax tends to be on the harder side, or at least designed to work best in a live setting. Producer Sleepwell, though, offers something a bit more heady on his new collection Never Ever, released last week via the imprint. It’s hardly Trekkie Trax’s big shift into ambient music — the beat on the title track is among the most thunderous things featured on the label as of late, and that’s before it warps into a zig-zagging dentist-drill of a song — but it does feature some moments of reflection. “Lone Walk” moves at half speed, vocal samples ringing off like memories, making for a somber stomp, while “Blue” works in piano to up the melancholy. There’s plenty of release, but also a fair amount of longing to blur it up. Get it here, or listen below.